The furniture up for a 24 hour auction was being used in the Twitter headquarters located in San Francisco, California

Want to buy a part of Twitter history? Well, now is your chance since the company has put up hundreds of its furniture and decoration pieces up for an online auction. Famous decoration items from the Twitter office, such as the ‘bird logo’ and the ‘@’ symbol planter are listed for thousands of dollars.

Reported to be a decision finalized by CEO Elon Musk, this auction is a part of Twitter’s cost cutdown process. This process started right after Elon Musk stepped into office, fired around 7500 employees and even ended perks such as free meals at Twitter offices.

The new CEO later went on to make more changes trying to increase the company’s cash flow. Examples of these changes include the introduction of $10 verification badges and plans to auction off usernames.

With 50% of Twitter’s staff gone, the company might not need much of the furniture it owns thus justifying Twitter’s furniture auction.

The auction includes a wide variety of office supplies and furniture. Kitchen supplies such as high-end La Marzocco espresso machines and even fizzy drink dispensers. Common use furniture such as coffee tables are also available on the auction.

Twitter also hasn’t left behind small supplies such as printing equipment and even office drawers going for as low as $60.

Soon after entering the Twitter office, Elon Musk announced that the company is going through a tough financial situation after advertising revenue dropped.

Netizens are calling out Musk saying that his reason behind auctioning furniture is to recoup Twitter acquisition costs. Responding to the criticism, a representative of Heritage Global Partners Nick Dove said that “if anyone genuinely thinks that the revenue from selling a couple computers and chairs will pay for the mountain there, then they’re a moron.” 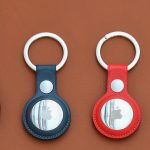