Reports confirmed that Elon Musk, chief of Tesla, is set to complete his acquisition of mildly popular bird website Twitter.com this Friday. The deal’s completion will have a massive impact on Twitter employees. Including global political leaders, news media and potentially Apple and its escalating in-app-purchase land grab.

However, Apple amended its developer guidelines this week, filling gaps in its policies. Policies that previously existed around digital income potential for third-party developers. One of the main focuses will be Crypto and NFTs. Whereas another seeks rent on revenue generated by social networks. This will occur through promoted postings such as sponsored promotional efforts in Meta’s Facebook and Instagram Apps.

Twitter is also liable to follow the rules, but Twitter already uses Apple’s IAP program to enable it on iOS devices. This shows that Apple already gets it cut. If Twitter feels good with Apple’s skim, everything will be at the point. Musk has entered the broader discussion about how much Apple should charge its partners for digital transactions on its platform.

Earlier on Wednesday, the billionaire serial founder tweeted a reaction to the longtime investor Bill Lee. He said that 30% is a lot for Apple to charge developers for IAP transactions. He was not happy with the decision. Twitter follows Apple’s in-app-purchase guidelines to enable promotions on iOS apps. However, Musk might not follow Apple’s IAP rules if he closes the deal this Friday. Musk has a little stake in this fight, but that might take a significant turn this Friday when he is searching for ways to boost Twitter’s revenue once he takes control.

Apple is working so hard to retain its share and it already has its fair share of influential vocal developer opposition. Including Epic’s Tim Sweeney and Spotify’s Daniel EK.

Spotify which is already in conflict with Apple for Apple Store tax. Pointed out that Cupertino-based companies 30% cut off the in-app purchase. Stand in the way of the company’s and other developers’ abilities to provide a seamless user experience. Not only this but the restrictions may hurt both creators and consumers.

Whereas, the influence Musk wields with his zealous troll army is entirely on another level. The effects will go far and wide of a Musk owned Twitter. Moreover,the decision may effect the pillars that support the current digital environment. 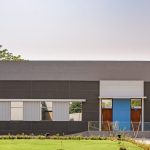