US officials claim Huawei can access information through mobile-phone networks

Officials of the United States of America claim the Chinese tech giants, Huawei have been getting away with espionage for nearly a decade now. They say Huawei have been using back-doors, “designed for use by law enforcement,” to access the telecom networks of their consumers.

By law, the makers of smartphones and other telecom-equipped devices are required to integrate into their hardware, a way for the authorities to access the networks of the devices. The US National security adviser Robert O’Brien claimed to have evidence, “that Huawei has the capability secretly to access sensitive and personal information in systems it maintains and sells around the world.”

The security officials, however, have not disclosed the source of their evidence nor have they given any sort of proofs supporting their claim. Another unnamed source has pointed out that Huawei has been able to access these back-doors into the private lives of their consumers since 4G technology came into existence eleven years ago, in 2009.

To counter this claim, the officials at Huawei have denied these accusations and have said that Huawei, “has never and will never do anything that would compromise or endanger the security of networks and data of its clients.” They claimed the US is, yet again, making groundless accusations without providing the public with any kind of concrete evidence.

The exact nature and intentions as to why the US is making these claims now has not been made clear yet and some officials, themselves, are questioning the authenticity of these accusations, especially since such less information has been made public. Huawei phones do, however, continue to sell in nearly all countries around the world and Huawei seems to have recovered gracefully from the blow of the US-Huawei ban back in May of 2019. It is still unclear as to whether these latest allegations will have that kind of an effect on Huawei again; if any effect at all. 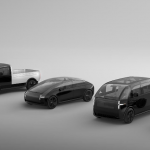