US tech firm to invest in Pakistan’s solar energy sector 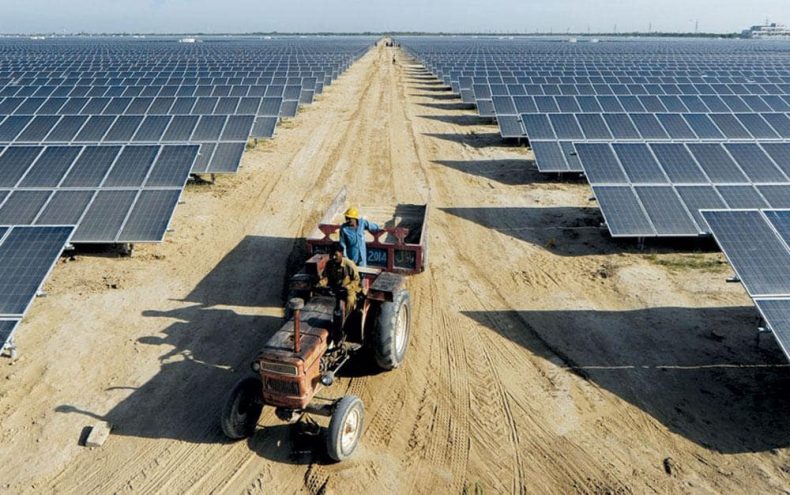 The US-based firm named Solar Stick is planning to invest in Pakistan’s solar power sector through a joint venture with a local Pakistani firm called Net Power Company. Solar Stick has also introduced a mobile solar technology in Pakistan which can be used for civil and military purposes and can help in reducing the circular debt on Pakistan.

The announcement about the technology was made by the US Embassy Commercial Officer in Pakistan Mark Russel and US company Solar Stick’s Pakistani partner Muslim Lakhani on Tuesday, during a ceremony held in Islamabad. The US diplomat stated that Washington was planning to enhance its relations with Islamabad and the US companies expressed their interest in making an investment in Pakistan. The companies were interested to invest in the solar energy sector of Pakistan as it has a lot of potential in areas where electricity could not be produced easily.

The diplomat further added, “We are making an investment in Pakistan through a joint venture with Net Power Company. Solar energy promises enormous benefits to far-flung regions of Pakistan”.

Mr. Lakhani also spoke during the event, he said that there are several places in Pakistan including the rural areas of Sindh, Balochistan, and Khyber-Pakhtunkhwa (K-P) which are still deprived of electricity. He shared that Pakistan needs a total of 26,000 megawatts of electricity and is facing a shortfall of 7,000 megawatts which we can easily overcome through solar energy.

Moreover, he added that Net Power Pakistan has the capacity to produce electricity while solar energy could help reduce the cost of production. He said that Solar Stick had previously installed solar systems in Afghanistan 10 years ago which are still working properly and that it had been working in the solar energy sector all over the world.

Boosting the production of electricity through solar energy can help Pakistan recover from not the shortfall in electricity but can also reduce the burden on Pakistan’s national exchequer.