The world as we know it is constantly monitoring us. Google monitors your web usage, your children keep track of your outings and your spouse keeps track of money. What happens when your smartphone, a device that already monitors starts uploading videos and pictures without your knowledge? Simple. Remove the spying device on your phone to protect yourself and your loved ones. (P.S. The entire paragraph is written with heavy tones of sarcasm.)

A video made by two Pakistani individuals who, by the way, lack even basic tech knowledge, show us about the perils of owning a Samsung Smartphone. They try and fool the watcher into believing that the NFC chip present in modern smartphones is a spying device. The video even goes as far as to show the viewers that removing the NFC Chip is harmless and is supposed to protect your privacy. The entire purpose of the video is useless and is nothing but a sham.

There are actual reports of people taking the NFC chip as a serious threat and damaging their phones in the process. NFC (Near Field Communication) is the next generation sharing and communication option present in smartphones. The feature is present in phones to quickly share data between mobiles and other NFC-capable devices. It has no way of connecting to any OEM or otherwise through any means or medium.

Check out the viral video below.

Here is a response from Junaid Akram, a Pakistani comedian who gives his own take on the “serious” issue of Samsung spying on their users. 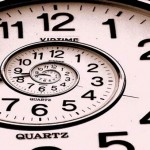