What happened at GDG Cloud DevFest 2019?

GDG Cloud Islamabad pulled off another successful event, this time it was the first-ever Cloud DevFest 2019 held at NUST H-12 featuring Googlers and Google Developer Experts from across the globe!

Google Developers Group Cloud is Pakistan’s first Google Cloud Developer Community, consisting of enthusiast tech experts and developers, which organizes tech events for those who share a passion for Google’s Developer Technology. This year over 400+ individuals ranging from students to entrepreneurs and professionals attended the event. The event was sponsored by Google, KeepTruckin, GitHub, Datum Square and supported by NUST ACM, NEC & Tasveeri Yaadein.

The theme this year was “Bringing Diversity & Innovation” and how innovation on all aspects can be brought about and revolutionize humanity irrespective of any gender, race, culture, geographical variances, etc. 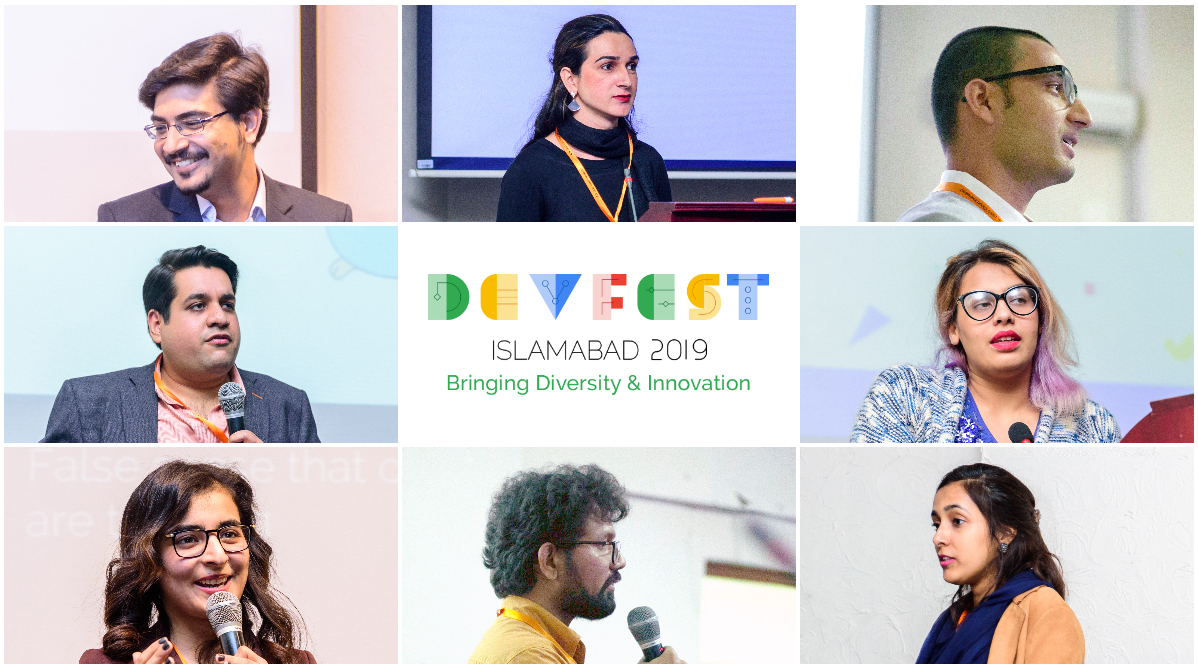 The event kicked off with Irum Zahra, Manager of GDG Cloud Islamabad & Women Techmakers Ambassador, welcoming the attendees and explaining what GDG Cloud is all about and how GDG Cloud is an entire journey in itself rather than just a community.

The stage was then presented to Shehab Farrukh Niazi, Co Founder of Startup Guide & CEO of Trailblazer, who highlighted on how women can use entrepreneurship to harness their passion and capitalize on their skills. Moreover, use technology to build and grow their businesses, all the while enhancing their skills to keep up with technology and benefiting from it.

The event preceded with a session on Google Crowdsource by Googler Saad Hamid where he gave an insight on how Machine Learning modules find it difficult to provide information on objects which are similar to the ones found in the other countries. Moreover, Saad highlighted the phenomenal contributions of Pakistan in terms of providing more data for Google Crowdsource. 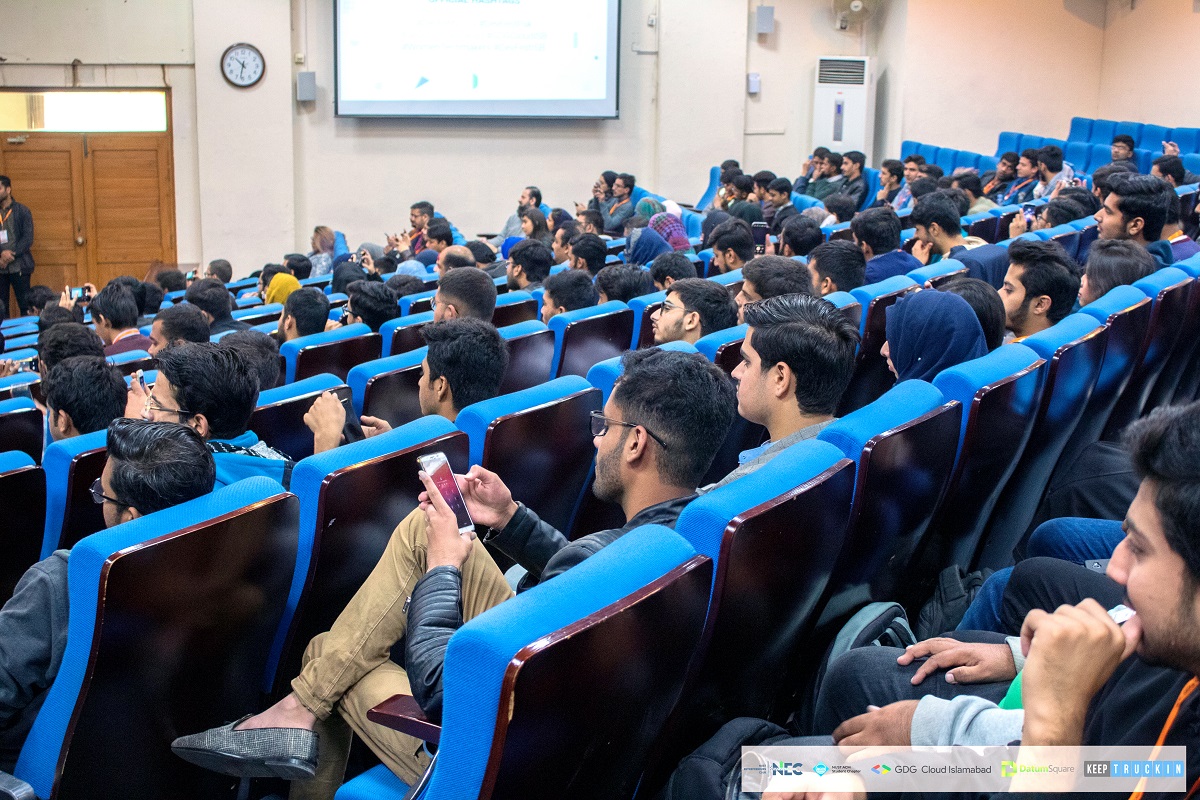 However, the highlights of the event were the fascinating insights on the latest innovations by Google which were presented by Google Developer Experts and Googlers from across the globe such as Keshan Sodimana from SriLanka, Raju Diwadi from Nepal.

Cloud DevFest even kicked off some of the most thrilling workshops on latest technologies such as GitHub, Tensorflow and Google Kubernetes. These were, state of the art, hands on workshops provided by technologists and industry leads from the top companies.

Moreover, some fruitful insights were provided by Pakistan’s first female GDE Aqsa Kausar on how to become a part of the GDE programme followed by a session on how to become a Women Techmakers scholar which was presented by WTM scholar herself Mahum Tariq. 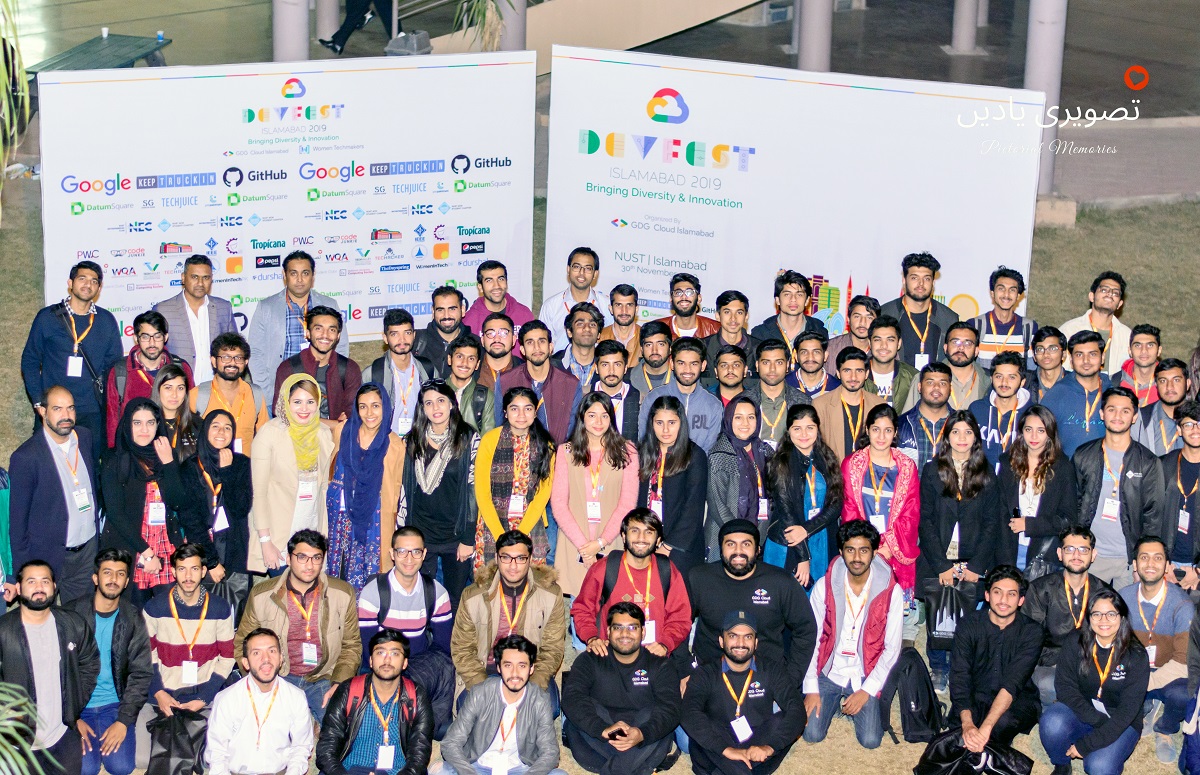 All this was followed by some fascinating updates on the current innovations such as CyberSecurity by Hafsah Mushtaq (GDG Cloud Islamabad), Internet of Things and their ecosystem by Ershian Anwar (CEO of Anzen), GoLang by Jawad Sadiq (Founder of Devenings),  Firebase by Maryam Aslam (Founder of Women in QA Engineering) and the long awaited talk by Dr. Yasar Ayaz (Chairman, National Center for AI) on Artificial Intelligence.

Interactive sessions and talks presented by important figures such as Zara Shafique (UNICEF), Ali Shah (United Nations), Yamna Rehman (S&P Global) which highlighted all things diversity and were truly the tip of the iceberg.

The event concluded with a proper networking session where students and professionals alike got the opportunity to connect and collaborate with each other. In a nutshell, Cloud Devfest’19 proved to be a wonderful motivational experience to others it was an amazing networking platform which boosted the confidence of the attendees to think outside the box and take the next big leap. 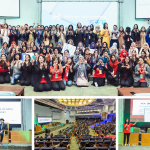