What Makes the New Apple Watch Series 8 Worth Its Price? 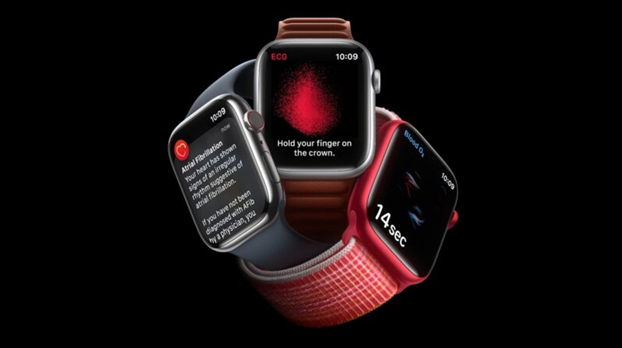 Priced at $399 and $499, the watch is fairly expensive, which is something that makes it susceptible to criticism from self-proclaimed tech genius peers that would say things like;

“Why to spend so much money on it, it’s just a watch isn’t it” or “Dude! Everything you do on this can be done on your phone”.

Before anybody else could, Apple itself shushed all critics and made a display video that shows how Apple Watch is not just any regular watch. 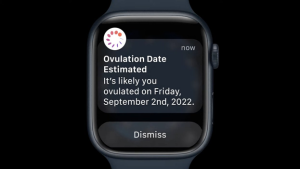 The video started off with a primary focus on women’s periodic health, the video showed how Apple Watches since the past few years have been designed to have technologies that help women keep track of their menstruation cycles and stay notified about any changes in their health or body. After stating the importance of women’s health, the tech giant announced new periodic health features. These new features include things such as an advanced cycle tracker, temperature sensor, bi-phasing shift tracker and even a feature that provides ovulation estimates.

What’s important to note here is that all of the above-mentioned information will always stay between your Apple Watch and you. This is because all of this information is end-to-end encrypted and completely in your control. 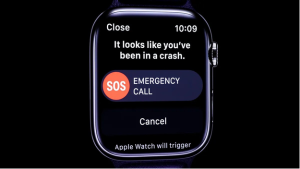 After the features related to women’s periodic health were announced, Apple completely shifted the focus of its video towards the Apple Watch being a lifesaver for people in the most drastic situations.

Multiple letters written to the company were read out, and each had a different story of how Apple Watches saved their life. One story involved a bear intrusion, another one was about getting locked in a freezing room, both these stories involved taking help from the Apple Watch by using it to call 911.

With multiple similar incidents, Apple has come to the realization that the Apple Watch is not just a smartwatch but a tool that can potentially save hundreds of lives. Keeping this in mind the company included some great life-saving features in the new Apple Watch Series 8.

Once aware, the Apple Watch will notify security agencies and provide them with a location, it will also notify all of your close contacts, therefore, increasing the chances of your life being saved.

Other Mind-Blowing Features of the Apple Watch Series 8 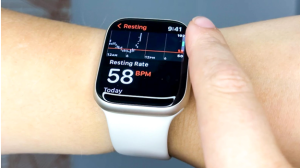 Starting off with the design, the Watch offers a classic Apple watch design but is available in more colors and features always-on display border, which adds to the amazing look of the watch. Overall, the watch has a very sleek look and is much better than the previous Apple Watches.

Apart from that the Apple Watch Series 8 is swim-proof, dustproof and even crack resistant making it much tougher than other smartwatches on the market. It also offers multiple connectivity features and health features such as blood oxygen levels etc. 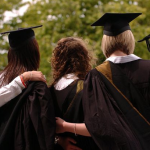 The UK Announced To Give 75 Scholarships To Pakistani Students & £16.5 Million For Flood Relief Fund