What New Features Does iPhone 14 Have? Takeaways From September 7th Event. 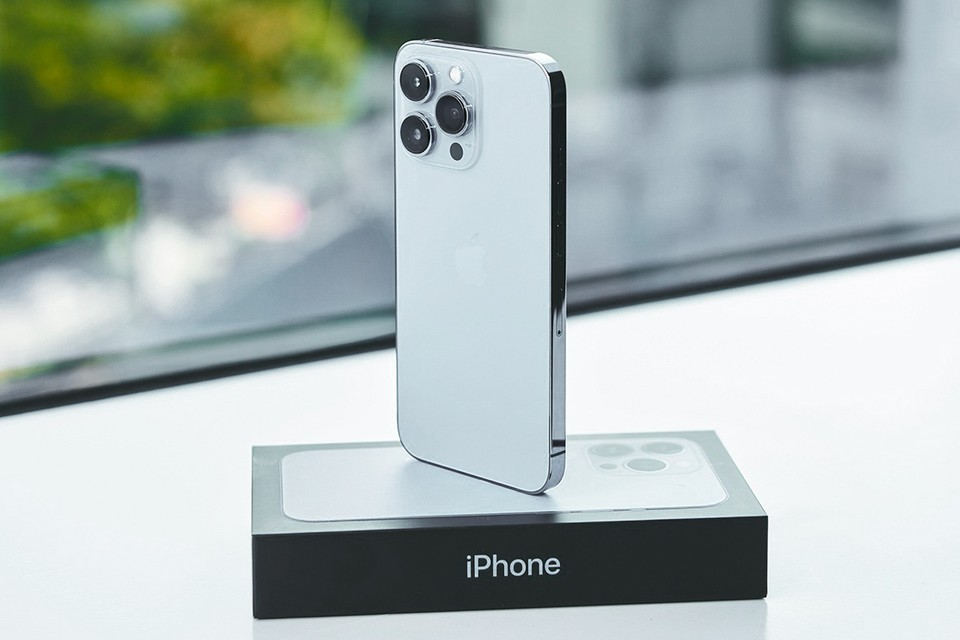 The wait is over! The new iPhone is here, on 7th September, Apple hosted an online event in which they announced three new upcoming Apple devices and their detailed specs. The devices that were announced were Apple Airpod Pro 2, iPhone 14, iPhone 14 plus, and Apple Watch. There are many upgrades in all the devices compared to their previous available versions. But does the new iPhone 14 also have any upgrades? In this article, we will be answering those questions.

Is there an upgrade in the processor of the iPhone 14?

The latest Apple chipset, A15 Bionic is installed in the version of iPhone 14 that was only used in some versions of iPhone 13 previously. The processing unit has a 5-core GPU that will perform 18% faster than all older iPhones and would provide optimum security, power efficiency, and up-to-mark privacy. iPhone 14 has a 6-core CPU which consists of 4-high intensity units and 2 normal performance units.

Does iPhone 14 only operate E-sims in America?

The models of iPhone 14 being produced and sold in America only has the option of E-sim. Apple backed it by saying that it’s safe and serves privacy but the users are mad at the decision as the Americans would have to change their phones if they have to go to a place that does not have an E-sim network. 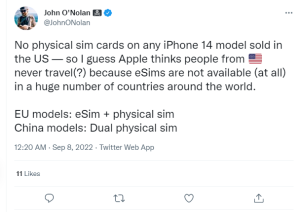 What Are The Size Of the iPhone 14 and iPhone 14 plus?

Apple has considered increasing the size of the iPhone after a long time (*good old iPhone 8 times) and decided to launch the iPhone 14 Plus in size of 6.7 inches. Though the normal iPhone 14 is still only 6.1 inches it is pretty close to the standard iPhone size.

Can iPhone Last Longer Than The Old Ones?

Apple claims that they want their iPhone to last longer and have a longer life than any other phone and they have taken potential measures to make it possible.

The screen of the iPhone 14 is made up of Ceramic Glass and Apple claims that it is the “toughest screen amongst any smartphone”. This is a huge claim but the credibility and reputation of Apple urge me to believe that.

iPhone 14 has an Aerospace Grade Aluminium alloy used in it and it as the name suggests used in aerospace equipment and it’s highly unlikely to break or damage unless consciously try to do so.

iPhone 14 has stronger Dust and Water Proof measures that can protect your phone against any weather and would survive any minute storms or rains.

Apple has improved the internal design of the iPhone 14 and it has upgraded the Thermoperformance. This means that the device would not heat up if you use it for intense gaming or other tasks.

Does iPhone 14 have a better camera?

iPhone 14 has 12 Megapixel main sensor as mentioned in the event and the rumors about a 48 Megapixel are proven false. The overall performance has drastically improved (*according to Apple). The low-light sensor has improved by 49% compared to the previous iPhones which can allow you to take pictures even in dim light and indoors with great results. The night mode exposure time has also been reduced 2 times and it would take much less to take pictures in the dark.

Apple has added a new video camera mode called Action Mode, which can allow you to capture video while being in intense motion, i.e running, bungee jumping from a cliff, etc. Apple explains this new feature as;

“The new Action mode yields incredibly smooth-looking video that adjusts to significant shakes, motion, and vibrations, even when video is being captured in the middle of the action.”

Does iPhone 14 have an improved battery?

iPhone 14 will have full-day battery life and the all-time iPhone battery has been provided in all the variants of iPhone 14. This has been done first time as previously, the all-time best features were only offered in “Pro Max” variants. iPhone 14 and iPhone.

Does iPhone 14 have Crash Detection?

iPhone 14 has a crash-detecting option in it and when it is combined with Apple watch it can be highly efficient and prove to be life-saving. When a severe crash is detected, the emergency services call interface will appear on Apple Watch as it could be more possibly near the victim.

Does iPhone have an emergency satellite messaging option?

iPhone 14 has another new feature called Emergency SOS that allows users to connect to anyone in case of an emergency while they are in a remote area where there is no Wi-Fi or cellular data. The user can also share their location via satellites to any agencies or institutes that can help them in their situations.

Read more:
Apple Unveils iPhone 14 and iPhone 14 Plus: Latest Features and Specs
Over 80% of the iPhone 14 Series Displays are from Samsung: Report 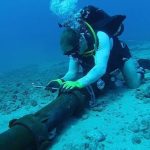