One of the biggest messaging apps in the world right now, WhatsApp rolled out new features for iOS users. The company has added features such as adding filters to one’s photos, help in quick replies and automatic albums.

The company has been working on this project for the past few months and now it is available to iOS users.

The first new feature which WhatsApp is offering is a photo album, users will automatically get an album view whenever they send pictures or videos more than 5 in a single time frame. The second feature which WhatsApp is offering is photo filters, users will now add filters to their photos and even to videos as well. Owing to this feature, some tech analysts are arguing that this might be the big step for WhatsApp to grow more in messaging app industry. The feature is borrowed from the popular social media application, SnapChat. Lastly, WhatsApp is offering quick replies to its users helping them reply instantly with just a few clicks.

Moving forward, the company at the initial phase is giving out five filters to its users, which includes Pop, B&W, Cool, Chrome, and Film. WhatsApp has, however, also stated to release more filters in the future.

Rumors suggest that WhatsApp will soon introduce a ‘recall’ feature to undo messages sent within 5 mins time frame.
WhatsApp is doing everything to retain and increase its user base, just recently, it joined forced with Facebook and Instagram to push cross-application notifications to its users.

WhatsApp has had a troublesome year due to multiple legal battles in India and EU region. To top it off, WhatsApp has been going down more frequently now. A platform, this big, which has become an important part of daily communications, can’t go down leaving a user base of billions disconnected.

Keeping in view the above problems, it will be interesting to see how users around the globe react to the update which WhatsApp has rolled out. 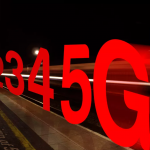 Ministry of IT seeks cabinet’s consent to roll out 5G