Workplace Harassment – A menace within our Society 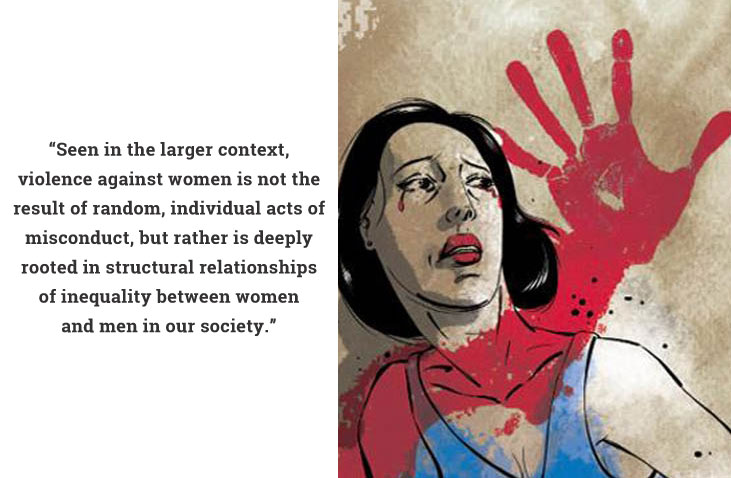 Not everything about jobs and workplace is as green as it looks from the outside. With a lot of mounting economic pressures, stressful working environments, lack of knowledge about one’s rights and the ever evolving nepotistic nature of work in our country, unfortunately, harassment at workplace is also evolving as a menace.

Mehreen* had just returned to her home country after completing her Bachelors in Communication Designs and was lucky enough to have scored a job. She has a sharp and bright mind, with aesthetic sense to complement her artistic skills. Although, a start-up which came up from within the extended family, but her skills were what really got her the job, her skills not only helped her to get a job, but also helped her get promoted in a short span of time. As she was the only one looking after her family’s finances after her father’s death, she was extremely excited to have a promotion at her workplace in a short span of time. Little did she knew, that her skills were not the reasons behind her promotion.

“I was threatened with being fired from the job if I would leave the work place early in weekdays. If I could not show up on weekends, He came to my home with all the work and threatened to fire me out of my job. Inside his office, I left the door half open, every time I went in to discuss something, he would lock the door and stand right in my face.”

With a shivering voice, she continues,

“In the first week at the new office, I asked one of my colleagues to help me with the designing. I just asked him to help me on the software, and he literally was about to sit on my lap. When I told him to stay in his limits, he told me “just go with the flow, this is how things work here”.

She was shocked on hearing that and made up her mind to quit the job as soon as she found a new one and till then just save herself from the ongoing harassment.

“I decided to take leave for a week on medical grounds and went away with my family to our relative’s house. I could not tell anyone what was happening at the workplace, I felt pressured about the responsibilities shouldered upon me. 3 days in to the leave, I was stunned when I got an email addressing me to either return to the office or face extreme consequences. I did not know what to do. I got scared.”

Mehreen tries to recall the ordeal she had to face. How hard it had become for her to stay in a place where she was made a subject of gratification and a laughing stock for other managers on board:

“I had nowhere to run or hide. I could not quit my job, as I was the only one supporting my family at that time since my brother was still studying. However, when my boss kept on passing sexually colored remarks to me during board meetings and everybody just sat there laughing them out, I decided to quit. I went into his office to give him my resignation, at a time when everyone was present in the office. I shiver every time I think about what happened that evening.”

Mehreen was harsh fully slapped multiple times and sustained internal injuries. She suffered a fractured rib and her legs bruised so excruciatingly, she could hardly stand on them for many weeks, as he stomped on them multiple times. Her hands were slithered open with A4 printing papers. She is still recovering under a private care. She became the victim of a beast incarnate.

Women relate harassment to unwelcomed sexual advances, verbal abuse, sexually natured remarks, creating a hostile workplace environment or intimidating a person to provide favors against her will, reminding her of dreadful consequences if they fail to comply also come within the fold of harassment. To forcing an employee to work against his/her will, bullying by the senior managers and passing of unwelcomed gestures all constitute harassment as well, but they are of less awareness among the masses of our society and are mostly ignored, or worse, labeled as being liberal acts of freedom. In these cases, even if the weaker gender realizes that they are being harassed, they choose to shy away from the issue. Then, there are some who lack resources and courage to speak up against these inhumane acts. All these are a menace breeding within our societies and, sadly, within the confines of our homes.

“Seen in the larger context, violence against women is not the result of random, individual acts of misconduct, but rather is deeply rooted in structural relationships of inequality between women and men in our society. The deeply rooted patriarchal values and norms and the prevailing social attitude that violence against women is a private domestic issue is a huge impediment in curtailing the ugly practice. It is often at the hands of male relatives that a woman undergoes violence. According to the Ansar Burney Trust, in the vast majority of cases where women lost their lives as a result of violence at home, it was their husbands and in-laws who were to blame; while at other times it was the victims’ brothers and fathers.”- Victims of patriarchy: Save the women of Pakistan by Huma Iqbal (Published: November 25, 2010)

It seems that with time, the problems women face in developing societies are increasing. At a time when we can proudly say that there is a law present to tackle sexual harassment at workplace, and it was passed unanimously in the Parliament in 2010, the vulnerability of women to this heinous crime has increased manifold. When I asked myself as to why these inhumane things are still present in our society, hundreds of reasons crossed my mind…but I decided to restrict myself to only two main root causes:

1. Egoistic Nature
Many experts state that the main reason for this is the egoistic nature of man and because women are now increasing in number in the practical life, working harder to move ahead of males in their pursuit of higher education, this seems unacceptable to this male dominant society.

2. The Patriarchal System
Pakistani society, is by large, a patriarchal system. It’s the dominant social setup in Pakistan. This not only gives man the privilege to engage in these inhumane activities against women but also allows them to openly deny the existence of such. Even at a time, when the facts are so openly available, they remain overlooked.

The phenomenon of workplace harassment is continuously, and unfortunately, evolving with time and is not only limited to women or sexual harassment but stretch more beyond than that. In almost all the cases, the weaker gender suffers the wrath of it, even if their life is spared; there is thriving fears of threats and further damage to their self-respect and to the lives of their loved ones. Yes, we do have laws in place and people are more aware of their rights then they were a decade ago, but still, workplace harassment in Pakistan is taking shape as an ugly menace. In a nation where acid attacks, rape, and murders present a gloomy picture with multiplying figures, we need to search deep down our souls and search for solutions. Sadly, we have a lot of laws in writing, but a lot more needs to be done on grass root level. Failure to do so would result in losing a generation of bright minds.
*Name of victim has been changed. 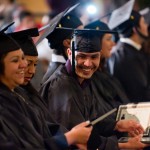 10 Things Fresh Graduates Need to Know Before Starting a Job