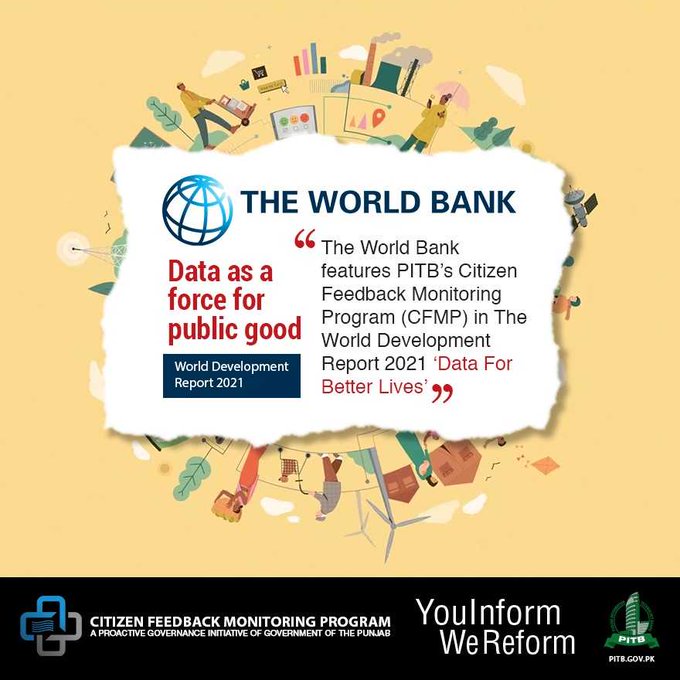 Punjab Government’s Citizen Feedback Monitoring Program (CFMP), which allows citizens to voice their concerns over government services, has been acknowledged by the World Bank as a “Force for the public good”. The “World Development Report 2021 – Data as a Force for Public Good” focuses on how data can improve people’s lives and advance development objectives.

Initiated by the PITB in 2012, the Citizen Feedback Monitoring Program (CFMP) proactively reaches out to citizens who avail public services to collect their feedback regarding their service delivery experience. The feedback collected is analyzed to identify problematic areas and assist relevant officials in taking evidence-based corrective measures.

To solicit citizen feedback, CFMP reaches out to citizens who have availed of any public services covered by the CFMP monitoring net via automated calls and SMS. The Implementation and Coordination (I&C) Wing of the Punjab Government acts as a bridge between the PITB and the provincial bureaucracy to ensure the efficacy of the program.

According to the PITB, the Citizen Feedback Monitoring Program (CFMP) has continually received praise at prestigious international forums for improving public service delivery based on citizen feedback data.

Read More: Lahore to become a smart city: PITB setting up Internet of Things (IoT) devices across the city 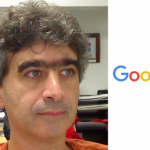