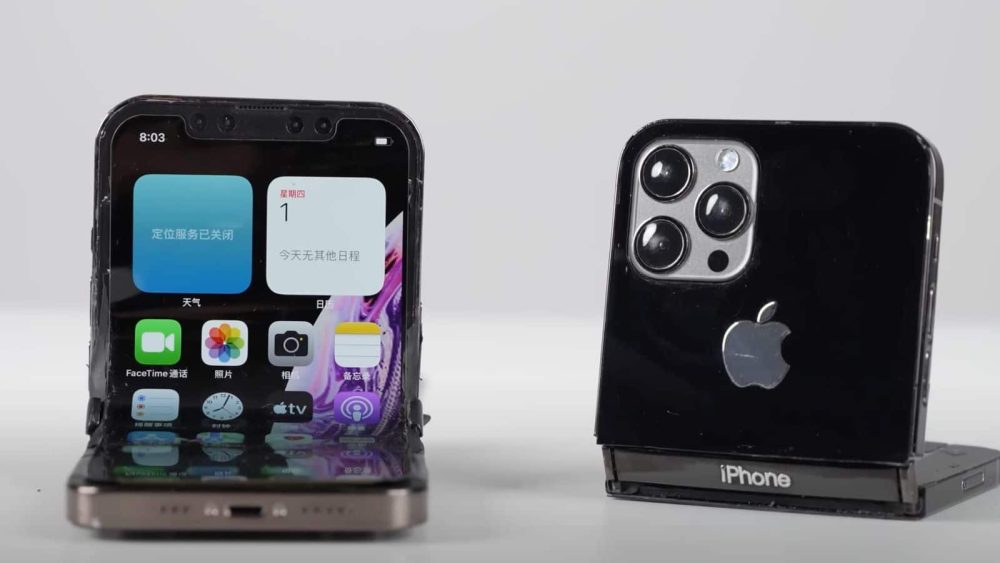 A Chinese engineer couldn’t wait for Apple to launch its foldable version of the iPhone. The creative engineer made the conventional iPhone into a foldable iPhone by using Motorola 2020 Razr’s hinge. However, the creative iPhones never witnessed come directly from Apple itself. Previously, the first USB-C iPhone was the invention of a robotic student, and now a Chinese engineer has taken the step. Although the foldable iPhone has nothing to do with the company Apple, it’s his creation.

Though Apple was about to launch its foldable version of the iPhone, the Chinese could not bear to wait and invented their version of the foldable iPhone. The foldable smartphone depends on the iPhone 13 Pro. The foldable iPhone is called “iPhone V” . According to the Chinese engineer, he studied the structure of the Galaxy Z flip and Moto RAZR to invent something new. However, the process was not easy, and it took so much time to create something different. It took almost a year of reverse engineering, hard work, and multiple trial and error instances before completion.

The foldable iPhone is fully functional with all iPhone features. All the components of the device available in two parts. The chip and the memory are located at the bottom, whereas the battery and the camera are at the top. Additionally, some of the parts used had to be 3D printed. The process was not easy, and it took around a year to reveal the foldable iPhone. All the intelligent functions are operational such as Face ID, cameras, speakers, true tone etc.

The foldable iPhone is a blend of a flexible OLED display of an iPhone X after gutting its glass cover and removing the touch layer. The process required advanced machinery, delicate maneuvering, and many trials before it worked. The engineer used around 37 X screens during the experiments. Not only this, but the project also required a handful of Motorola Razr phones. The phones later used to make space for the iPhone X’s internals.

Moreover, the engineer also created 3D components and the custom motherboard for the phone. The process was not easier, and gone through  several sacrifices due to space restrictions. The phone finally ended up with a minuscule 1,000 mAH battery. However, there is no Magsafe or wireless charging.

The modern features includes in the device such as face unlock, 5G and many more. The device used multiple software tweaking to make iOS work better. Jailbroken mods were also apart of it. Finally, the device worked with split-screen apps on both sides of the folding screens. 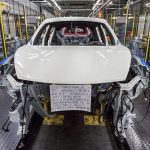