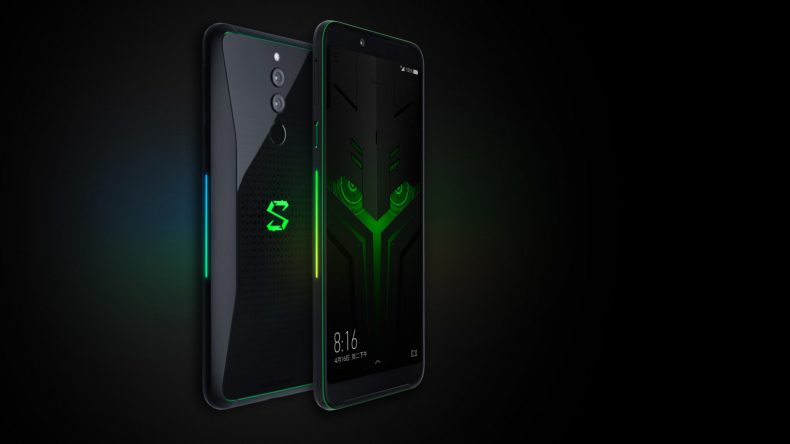 Last year in April 2018, Xiaomi released its first gaming phone, the Black shark which was later followed by the release of Black Shark Helo in October 2018, a gaming beast with a massive 10GB of RAM. Both of these proved to be successful launches as the phones overall received positive feedback from the budding smartphone gaming community. Now the company is expected to launch the second iteration Black Shark in the coming month of April. Recently a hands-on image via Twitter was released on the Internet which revealed the possible design of the upcoming gaming phone.

Furthermore, similar to its predecessor, Black Shark 2 is expected to be equipped with Qualcomm’s latest and greatest Snapdragon 855 and 8GB or 10GB of RAM. The phone is also expected to feature 27W fast charging since Xiaomi’s recently released Mi 9 also came with this feature. In addition to this, a Black Shark smartphone was earlier spotted with a model number SKW-A0 on the 3C website. The listing revealed that the handset will ship with the MDY-10-EH charger that comes with Mi 9’s retail box.

It should be mentioned that a device codenamed ‘Black Shark Skywalker’ was also spotted on the online database of Geekbench. As per the listings of the features, the device was powered by Qualcomm Snapdragon 855 and 8GB of RAM with a single core score of 3,494 and a multi-score of 11,149. Furthermore, the device was running on Android 9.0, Pie.