Xiaomi is officially coming to Pakistan

Xiaomi is now officially permitted to sell its smartphones in Pakistan after gaining approval from Pakistan Telecommunication Authority (PTA). Xiaomi Pakistan made the announcement on their Facebook page,

“Finally, Day has come. We have got approval from PTA now we will soon launch our product line in Pakistan. Cheers Fans.”

A PTA spokesperson told ProPakistani that the company has obtained non-objection certificate (NOC) from PTA to start its operations in Pakistan as per government requirements. Xiaomi also cleared National Telecommunication and Information Technology Security Board (NTISB) test.

Initially, PTA has granted the approval for the launch of Xiaomi Mi Max and Xiaomi Mi 5 in Pakistan.

Xiaomi smartphones along with other accessories like power banks, chargers, MI VR etc., will be available for purchase in Pakistan.

An official announcement about the launch and selling price is expected in a few days. 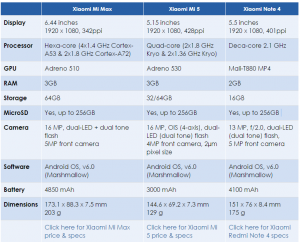