Xiaomi Is Working To Introduce Smartphones With Large Cameras

For quite a while Xiaomi has been working efficiently to bring about radical changes in the smartphone industry through their rather unique camera. Although the Mi 11 Ultra already rocks a large camera, it seems that the Chinese tech giant is working on new cameras that are larger than the Mi 11 Ultra.

Patent designs of these cameras were uncovered by ‘LetsGoDigital’ which clearly shows how massive these cameras and their respective sensors are. However, it seems there are certain variations of these large cameras.

The first camera model apparently seems to be inspired by the Galaxy S21. Moreover, the setup holds 4 camera lenses in total with a singular periscope lens at the bottom. This is primarily to ensure that the zoom capabilities of the camera are high-end.

The second model however seems to be

another inspiration from Samsung but only this time the second model camera is inspired by the Galaxy Note 10 but with two separate strips on the rear panel.

The third and final model camera is more of a Vivo V60 look-alike with its main camera in a more triangular layout. Moreover, there is also a horizontal LED flash strip sitting below the main camera.

All in all, it seems like Xiaomi is about to give other smartphone companies a run for their money in the camera department. 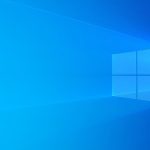 Support For Windows 10 Will Officially End On October 14th, 2025