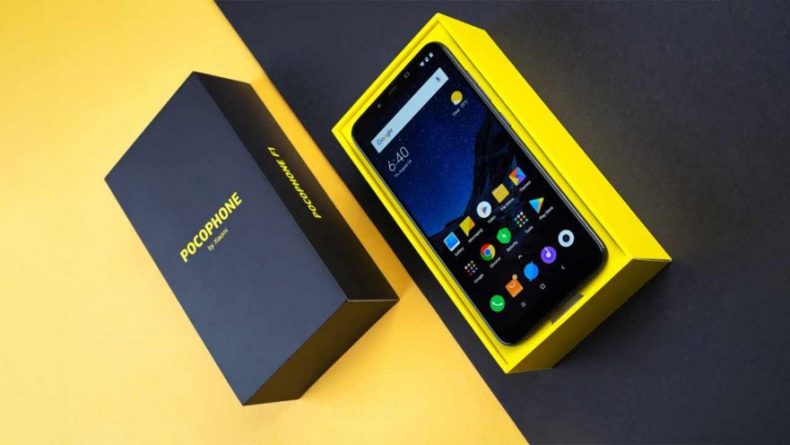 One of the most anticipated phones of Xiaomi brand, the Pocophone F1 launched earlier this week. Xiaomi was able to sell 68,000 units of Pocophone F1(Poco F1) in just 5 mins of the sales conducted by India’s leading ecommerce platform Flipkart.

The phone was introduced last week in India and owing to sporting top-notch features and specifications it is hailed as one of the best phones out there with extreme value for money. The Pocophone series is diversifying the Xiaomi brand and is a strong contender to the smartphones available in the same price range.

The phone after getting such a warm response in India is expected to make its way to Pakistan as well.

#POCOF1: thank you all for a fantastic response to the first sale!

We’re happy to announce that we generated ₹200+ cr in less than 5 minutes today, making this the BIGGEST & FASTEST flagship sale ever on @Flipkart!

Thank you, Masters Of Speed. Next sale is on 5th September! pic.twitter.com/cydGtGjlb6

Xiaomi has stayed mum on the number of devices sold at the sale but it has officially announced that a business of 200CR+ happened in the first five minutes of the sales. Now if we put the prices of Pocophones in perspective, it means that at least 68,000 Pocophones were ordered in 5 minutes. If the buying trend was tilted towards the cheapest model this would mean that Xiaomi sold even more than 68,000 smartphones.

Read Also: Xiaomi reports an increase of “2700%” in sales year over year

Specs of the Pocophone F1

previous
Careem launches delivery service in Pakistan
random
next
So what the fuss is about Pocophone?!
Trending Posts