Xiaomi Set To Establish A Local Assembly Unit In Pakistan

It seems like Samsung is not the only company that will be having its own local assembly unit in Pakistan as Xiaomi is planning to do just the same in the country due to the ever-increasing demand for smartphones.

According to PhoneWorld, Xiaomi’s assembly plant is expected to be established in the next three to four months. The concept behind this plant is to ensure that Pakistan is able to cater to the demand for smartphones which is a good way for Xiaomi to make more profit.

In regards to imported smartphones, the Pakistan Bureau of Statistics (PBS) indicated that smartphones worth $1.860 billion were imported into the country within the first 11 months in recent years which is a huge increase in comparison to the $1.138 billion worth of phones imported last year.

However, the main benefit of these local assembly plants will be that the country will be able to provide more job opportunities for the people and further boost the local smartphone manufacturing space.

All in all, it’s only a matter of time when other smartphone companies engage in the same competition. 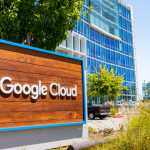