You may get old faster due to excessive blue light from screens: Study According to the findings of a recent study, prolonged exposure to the blue light emitted by modern gadgets such as laptops and televisions can cause a variety of health problems and contribute to an accelerated rate of aging.

In an official statement, researcher Dr. Jadwiga Giebultowicz, who is also a professor in the Department of Integrative Biology at Oregon State University, said that exposure to an excessive amount of blue light could have negative effects on our skin, sensory neurons, and a variety of other bodily systems.

He stated that his research was the first to prove that blue light may affect particular molecules that are vital for the operation of cells.

Since humans and fruit flies have commonalities on a molecular level, this study examined fruit flies by subjecting them to light from screens and analyzing the results. It was published in the journal Frontiers in Aging.

They found that fruit flies that were exposed to light for two weeks aged more quickly than those that were kept in the dark for the same amount of time.

After being exposed to blue light, cells did not operate at their optimum level, as discovered by the researchers. The levels of glutamate, which are important for communication between neurons, were found to have decreased, whilst levels of succinate were found to have increased.

There is a possibility that low glutamate levels will impair brain function.

After that, the group made the decision to investigate whether or not avoiding blue light may be a technique to delay the aging process.

Giebultowicz predicted that the findings would be “less spectacular” due to the high intensity of the blue light to which they were exposed. According to the findings of the study, avoiding blue light might be beneficial and could be utilized as an “anti-aging technique.”

However, if you’re still unable to avoid blue light to unavoidable commitments, here are some suggestions for limiting your exposure to it:

Begin your day with Pranayam, or breathing exercises:

Controlling your breathing allows you to instruct your brain to be cool, composed, and in balance. It establishes the tone for the day without inviting concerns, tensions, or panic situations. Brush your teeth, exercise, and stretch first thing in the morning before turning on any digital gadgets.

Your brain needs silence, and all the beeps, buzzes, and pings just cause you to drop what you’re doing to see what needs your immediate attention. You’ll be relieved to no longer hear the annoying noises.

Keep your check-ins to once per hour:

What if your phone had a personality? Would you let him or her interrupt you many times in an hour? Many teenagers check their phones more than thirty times every hour. Commit to just checking in once or twice each hour.

When you’re working on an important project, put the phone in another room:

You will not only not be interrupted, but you will also not be tempted to grab for it and be distracted from your studies or presentation/proposal. This will improve job quality and free up time for other pursuits.

On weekends, join a group of local explorers that visit your city. Discover hidden jewels such as historical sites you’ve never seen before. Take your phone off on awe walks or while walking the dog. Go to the green gym in the open space of your apartment complex – without your electronic devices.

Remove any TV or computer monitors from the bedroom:

Avoid using your phone before going to bed:

Melatonin, a hormone secreted by our bodies, causes sleep by slowing and/or shutting off daylight systems. Blue light resembles daylight and throws the body’s circadian cycle off. Using screens immediately before bed not only adds concern to our brains, but also delays, disrupts, and shortens our sleep.

Read:
Best Laptops Under 150k in Pakistan – 2022
Top Best College Laptops for Students in 2022
The Guide For Buying The Best Laptop in 2022; Don’t Make These Mistakes! 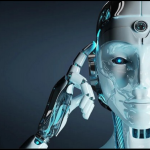