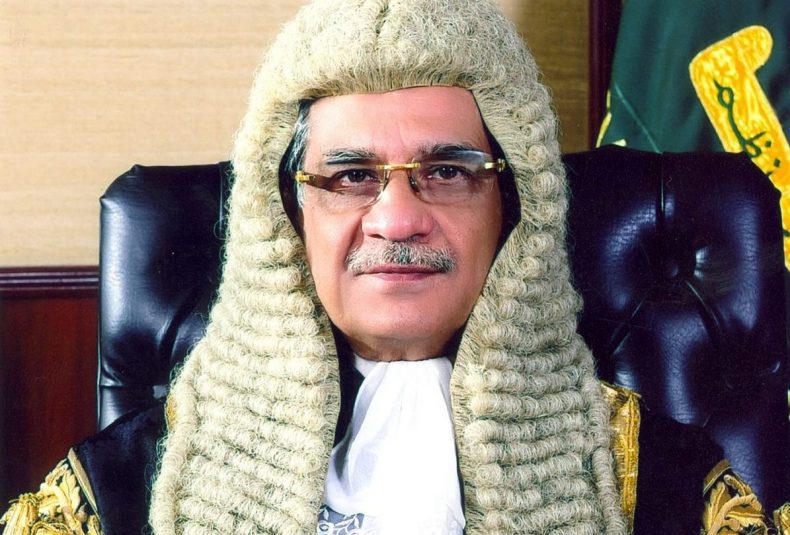 Chief Justice of Pakistan Saqib Nisar has proposed re-imposition of tax on prepaid mobile top-ups to contribute towards funding dams.

Chief Justice proposed this idea while addressing a dam fundraising ceremony hosted by UK Pakistan Chamber of Commerce and Industry of London. While talking about imposing a tax on mobile top-ups, Chief Justice said:

“It will not be appropriate to impose taxes to collect funds for the construction of dams, however, we had earlier suspended the withholding tax on the top-up of prepaid cards by cellphone service providers and learnt that through this Rs3 billion were saved per month. If the nation allows, then we will re-impose the tax on the top-up of prepaid cards and collect money for the dam fund.”

Chief Justice Saqib Nisar asked for views about this proposal from his countrymen on whether or not this proposal could go ahead as soon as possible. He mentioned that more than 3 billion rupees were saved each month by consumers after suspension of taxes, this money could now be redirected towards contributing in dam fund.

Supreme Court gave its decision to suspend all taxes on mobile balance loads in June of this year. After the Supreme Court’s decision, the 42 percent taxes that were being deducted on all mobile top-ups were suspended. Due to that decision, mobile users have been enjoying the exact amount of credit to their accounts on all prepaid balance recharges.

If this suggestion by Chief Justice is accepted by the majority of stakeholders, it might mean that users will have to start paying some amount of tax again on their prepaid mobile top-ups.