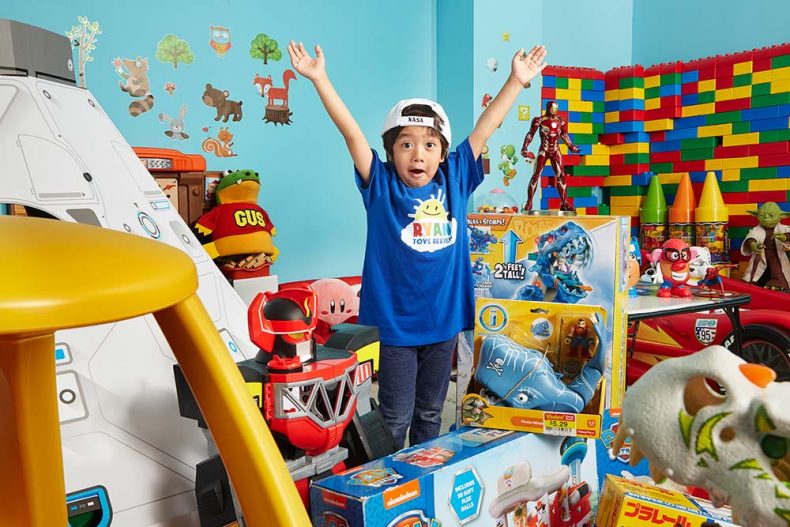 A 7 years old boy, who reviews toys on his channel, is YouTube’s top earner for the year 2018.

With a reported income of more than $22 million for the 12 year period ending in June 2018, Forbes claims that Ryan from Ryan ToysReviews is the highest earning YouTuber right now. He is earning more than $500,000 more than Jake Paul, the second YouTuber in the list.

Ryan ToysReviews was set up in 2015 by Ryan’s parents when he was only 4 years old. Since then, the channel has been regularly featuring videos of Ryan opening up new toys and giving his thoughts to viewers. With the top video garnering more than 26 million views, new uploads are regularly fetching in more than a million views.

Last year, it was speculated that Ryan’s total income from the YouTube channel was around 10 million dollars, which has more than doubled this year, making him the highest earning YouTuber. This jump is mainly due to a number of sponsorship deals he has signed in the past year, most notable with Walmart. His deal with Walmart includes a line of toy clothes named Ryan’s World. He is also featured on the Walmart website.

The majority of his earning come through these sponsorship deals, with a report from BBC suggesting that he only earns around a million dollars from YouTube’s own advertisement platform.

Surprisingly, the most subscribed individual in the world, PewDiePie, is the only 9th on the list of highest earning YouTubers.