1 out of every 5 ICOs is a scam, WSJ research reveals

Initial Coin Offerings (ICOs), the method used for raising funds for a new crypto venture are most likely to be a scam according to a new report. Many new startups are found involved in fraudulent activities and a number of scams have been observed here and there.

A recent research by the Wall Street Journal which was comprised of 1,450 ICOs around the world reveals that almost 20% of them were scams. The Journal reports that 271 out of the analyzed 1,450 ICOs had red flags meaning that they were somehow involved in fraudulent activities or were immature to handle their company indicating deceitfulness.

The method that WSJ utilized for analyzing these ICOs was focussed on finding duplicate whitepapers, weird promises like complete return guarantees, or listing fake executive staff who are not related to cryptocurrency or have no relation with ICO that has listed them as a team member.

In a very unique example, WSJ introduces us to a “Jeremy Boker”, an unknown name that no one in the crypto world has ever heard before, as the Journal notes;

“Jeremy Boker is listed as a co-founder of Denaro, an online-payment project. In investor documents for a public offering in March, which claimed to have raised $8.3 million, Mr. Boker boasted of his cryptocurrency startup’s ‘powerhouse’ team. In his biography, he noted a ‘respectable history of happy clients’ in consulting before he launched Denaro.”

Interestingly, Boker doesn’t appear to exist at all, it was a fake name. The image that the company used to represent him was a stock photo. The whole team of that company seems fictional, non-real and the best example of the scammer’s imagination.

Moreover, the newspaper reports that over $1 billion in funds were raised by these 271 fake ICOs out of the total $5 billion that has been raised by ICOs altogether.

It must be noted that the number of fake ICOs in 2018 has decreased when we compare it to last year’s numbers. However, this doesn’t mean that probability of scams has decreased, but bond holdings are most likely to minimize their effect eventually. 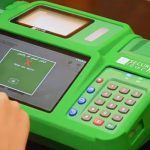