A crypto startup by the name of “Modern Tech” has gone dark after duping 32,000 people of an estimated $660 million dollars in relation to two fake cryptocurrency projects and their initial coin offerings (ICOs). The company had claimed to be the authorized Vietnamese representative of two cryptocurrencies, Ifan and Pincoin. Modern Tech was responsible for conducting two initial coin offerings (ICOs) on their behalf.

The owner of the building where Modern Tech was initially headquartered told the reports that the company had cleared out its office about a month prior to the events. Many angry investors gathered in front of Modern Tech’s headquarters in the business district of Ho Chi Minh City, Vietnam as a protest against the company’s Ponzi scheme.

Ifan was marketed as “the most advanced social network” for artists and celebrities. Ifan promised them to connect with their fans in a much better way. The company’s initial token was intended to be used for live performances ticket purchases, downloading songs as well as albums. Pincoin was a project initiated in Dubai. Pincoin was marketed simply as an “investment opportunity” which promised the investors up to 40% in monthly profit. The coin claimed to be overseen by the so-called “PIN Foundation”. The investors were told that the tokens they buy at a cheap rate, will eventually be valued much more once they hit the secondary market. Modern Tech also promised an 8% commission for every new member introduced in Pincoin project.

The investors got suspicious when Modern Tech stopped paying commissions in real money. The company started giving tokens. As for many investors could see the value of their investment rise on a daily basis in the dashboard but would never be able to withdraw them in cash. The investors took their frustration on social media and forums, some claiming they had lost a fortune investing in the alleged Ponzi schemes of Modern Tech.

Scams in the cryptocurrency world have become quite common now. Since virtual currency has been introduced many thieves look to tap into the bitcoin world and lure naive investors into putting their life savings into the next big thing, often promising absurdly high rates of return. 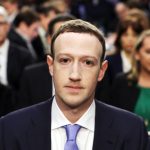