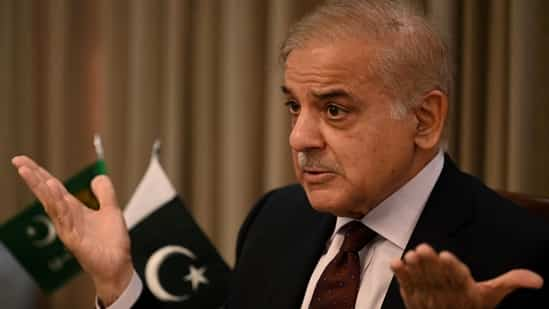 At first, it seemed like a mishappening and embarrassing phone call but now it has taken the shape of a national security breach. Audio and video leak scandals have been a recurring part of Pakistani politics for a long time and many renowned politicians have faced publication of embarrassing and criminal leaks. Still, this time it is not just one, two, or a few clips that faced breach, 100 hours of phone calls by the current Prime Minister of Pakistan have been compromised and have been on the dark web for sale for over a month now, the seller is asking for 18 Bitcoins ($336k or Pkr 8 Crore).

PTI’s prominent leader and former Minister of Science and Technology showed deep concerns and criticism of the audio leaks, let alone the contents of the leak he was more shocked at the fact that there were even audio clips leaked in the first place and questioned the credibility of the government who can’t even protect their privacy. Commenting on one of the leaked audio clips featuring a conversation between the premier and a government official, Fawad said the conversation showed that decisions were being made in London.

On 24 September, a recording of PM Shehbaz surfaced where he was discussing with an unidentified official the possibility of facilitating the import of Indian machinery for a power project that was a concern of Maryam Nawaz Sharif’s son-in-law, Raheel. This audio clip is receiving the most hatred from the public and the use of power for personal has been the main concern behind the hate. The very next day, further recordings surfaced, which were shared on social media by several PTI leaders, concerning Finance Minister Miftah Ismail and the resignations of PTI lawmakers from the National Assembly.

Former human rights minister Shireen Mazari also raised questions about the audio leak and said who was actually behind the breach and why was this not raised before. She also shared pictures of audio clips being on the dark web.

Who ordered bugging of PMO & PM House which allowed hacking & leaks? Which Intel agency carried out this bugging & who was responsible for abetting leaks? These leaks were public since Aug & early Sept. Were r Intel orgs, civil & mly sleeping that they pic.twitter.com/nQFUTEMjJp

One clip featured a conversation between PML-N Vice President Maryam and the premier about Mr. Ismail. A voice thought to belong to the former says the erstwhile finance minister “doesn’t know what he is doing” and wishes for the return of PML-N stalwart Ishaq Dar. A second clip allegedly concerns a conversation between the prime minister, Defence Minister Khawaja Asif, Law Minister Azam Nazeer Tarar, Interior Minister Rana Sanaullah, and Ayaz Sadiq about the resignations of PTI lawmakers from the National Assembly. A third clip purportedly features a conversation between Maryam Nawaz and PM Shehbaz regarding the return of former army chief retired Gen Pervez Musharraf.

More PTI leaders seized the opportunity to criticize the government for their blunder and uncompetitiveness. Another PTI leader Mirza Shahzad Akbar said the audio leak scandal was not a hacking but definitely an inside job, aimed at influencing the government’s decision-making ahead of the crucial appointment.

It is definitely an insider job.
Timing is important as it’s just before crucial appointment, target seems clearly to influence the decision, which way though only time will tell!
It’s also targeting/undermining IB capacity as PMO security n sweeps domain of IB 2/4

He claimed that instead of being a hack it was an insider’s card just before the change of Finance Minister was replaced. In another tweet he said;

“It is definitely an insider job. Timing is important as it’s just before a crucial appointment, the target seems clear to influence the decision, which way though only time will tell!”

Some users also suggested that the purported hacker who posted initially sometime in August claimed to have more records, including conversations of both the current and former prime ministers, i.e. Shehbaz Sharif and Imran Khan. This however is just an unproved rumor, someone has to buy those audio clips and public them in order to confirm this news. 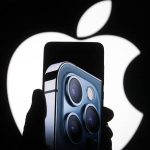