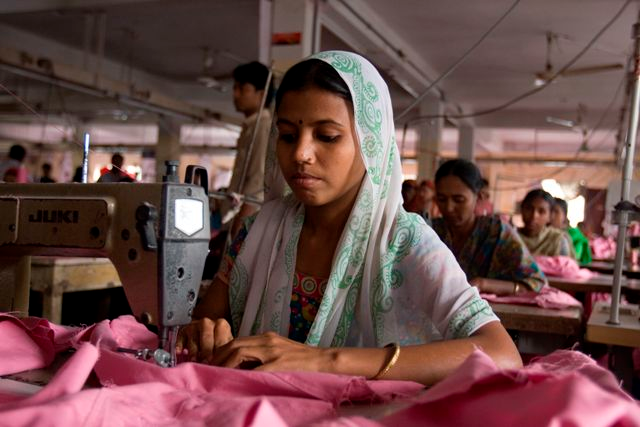 With the IT industry turning into a global hub and local products gaining international spotlights, private equity firms, and venture capitalists are exploring lucrative potentials in different geographical regions. There are a lot of global VC firms especially the ones based in Silicon Valley that are keeping an eye on money churning startups in other regions however, the investors are attracted and thus opting for Middle Eastern and South East Asian ventures to invest their funds. Therefore, we have identified these global venture investors who have recognized potential South Asian products.

Morgenthaler Ventures is considered one of the top-tier venture capitalist firms not only in Silicon Valley but also in the global IT hub. The company has invested in over 300 companies around the world including the tech tycoon, Apple Inc. Since 2008, the company is focusing a lot more on venture capital investments and thus have invested over $400 million in various business ventures relating to IT and Life Sciences. The company showed its confidence in our Pakistani software product by the name of Convo and invested $5 million in the company! The investment has not only helped the company financially but elevated it to gain global footprint in terms of business and customers.

Sequoia Capital is one of the world’s foremost Venture Capital firms, started in California in 1972 by Don Valentine, and is currently funding growth-stage companies around the world including India. The company is well known for having invested in some of the global IT giants of today including Google, Apple, Yahoo, and Amazon. The earliest investment by Sequoia was in India was back in 2006 when it invested $20 million dollars in Café Coffee Day over two years. Currently, Sequoia Capital India has as much as $1.4 billion invested in a number of companies in India. Sequoia has had a special preference for technology companies that have India-US cross-border connections. The company also invests in consumer services, healthcare, energy, financial services and a range of other sectors. Recently Sequoia announced that it had raised $530 million dollars in its fourth India focused round of funding which will take its total investment in the country to $2 billion.

ePlanet Ventures is a Silicon Valley-based global venture investment firm, with international offices that are spread out in various geographical regions. The firm has made more than 100 investments in 14 years and focuses on the sectors of Internet Services & Applications, Entertainment, and Life Sciences. The firm invested in Naseeb Networks that have a range of online products, namely Naseeb.com a social networking website and the famous Rozee.pk, the online recruitment website. This funding is often termed as the first international capital investment that brought a Pakistani product to global limelight.

Rocket Internet’s founders teamed up to start Global Founders Capital that aims to invest seed funds as well as late-stage funds. This venture capital firm started with almost $180 million and have already invested in a couple of internet businesses. Rocket Internet has focused on investing in lucrative internet businesses in South Asia, Middle East, South America and Africa. Their portfolio spans over 50 companies in almost 40 markets. In Pakistan, they are popular for operating Kamyu and Daraz.

Fenox Venture Capital is a venture capital firm that is based in Silicon Valley and have spread its root globally through investments. The company usually focuses on working with emerging tech startups and companies and have assisted enthusiastic entrepreneurs in Asia, Europe, North America and Middle East. The company has recently launched a $200 million fund for Bangladeshi IT and media sector. Fenox usually targets companies that have a potential to offer services and products of IT, Cloud, Mobile, Social Networking, Payment Systems, Internet and Next Generation Technologies. It aims not only providing early stage funding for Bangladesh but also promises final rounding funding and other angelic venture funds.

Nexus Venture Partners is a Mumbai based Venture Capital firm that is considered among the leaders in the local market. The company has offices in the Silicon Valley as well and invests in new or growth stage companies either in the local market or companies in the United States that have products and technologies relevant to emerging markets. Nexus Venture Partners does not restrict itself to just one segment instead investing in a wide variety of sectors from technology, cloud storage and big data analytics to media and energy companies. Typically the company makes 6-8 investments in a year, investing up to $10 million in early stage companies with a second round of investment based on how successfully a company has implemented its business plan. Nexus was started in December 2006, and currently has a stake in over 50 companies. They are currently estimated to have $600 million under management. In 2012, Nexus raised a $270 million fund to help Indian companies break into global markets as well as to support US based companies focusing on India.

Nasscom has always occupied a premier position in the chamber of commerce of the IT sector in India. It is not only a local organization but has global connections as well with more than 1200 members and over 250 global companies in collaboration from US, UK and EU. Nasscom’s member companies are usually conducting their businesses through the provision of Services, IT Products, Infrastructure Management, R&D services, E-commerce & Web Services, Engineering Services Offshoring and Animation and Gaming. Therefore, they have made a lot of investments in the tech industry. A while back Nasscom took a constructive initiative by the name of 10,000 Start-ups that aim to bring angel investments, mentorship, and accelerator support. This initiative is being supported by Google, Microsoft, and Intel and a lot of ventures and tech startups are being invested in through this program.

Ardent Capital is a Venture Capital firm that was set up by entrepreneurs in Southeast Asia, and focuses on investment in the technology sector in the region. The firm has invested in a range of companies across Asia, including Sri Lanka’s Wow.lk, which has a 80 percent share of the e-commerce market in Sri Lanka. Ardent Capital is a young team, having only started in 2011 and is currently expanding its operations to invest in more early stage technology companies in the region.

Frontier DV is a Malaysian based venture capitalist firm that has a prime focus on investing in automotive, classified businesses and property ventures. The firm has been lucky for Pakistan as it has invested in two of our local ventures, namely Pakwheels and Zameen. What can be termed as one of the largest investment deals, Frontier DV invested almost $3.5 million in Pakwheels. Similarly the company also made an undisclosed investment in Zameen.com and have acquired significant but non-controlling share in the local property venture.

Termed as the most active angel investors in the world, Kima Ventures have made more than 300 investments in almost 290 companies. This French VC firm funds with seed capital in promising start ups. Their investment portfolio is quite diverse and they have made investments of more than $15 billion. The firm identified the potential in the famous Pakistani app, Groopic and invested six figure dollars in the mobile app. However, the amount was undisclosed it made Groopic set its foot in international market.

Etohum is an Istanbul based start up accelerator program that provides funding to tech start ups. The firm has been investing seed money in various start ups since 2008 and have invested over $40 million in more than 35 start ups and companies. The firm recognized the Pakistani app Bookme, a mobile app for booking movie tickets in Startup Istanbul and expressed its willingness to fund in the start up. After a series of meetings, the firm invested an angel amount to the start up which is still undisclosed.

Naspers has a global identity and have invested in a lot of companies related to e-commerce, online services, print media and pay television. More than 80% of the strategic investments that Naspers does, comes to India. One of the most popular Naspers investment is Flipkart. The e-commerce giant was initially funded with $100 million which has now been raised to &302.5 million. The company has also made significant investments in the popular selling website, OLX.

For a better international investment ecosystem for the region, it will be highly beneficial if the authorities of the South Asian countries develop a forum to lure venture capitalists towards the region. With strategic location, inexpensive labor and quality tech education, it can be believed that global investors can recognize more potential ventures that will contribute to the economic growth.