Silicon Valley is the one television show that actually hits all the right keys with geeks and young budding entrepreneurs. The show chronicles the misadventures of a brand new startup trying to compete in the cut-throat realm of Silicon Valley, the place where your brand is either made or broken. The show has taken inspiration from many of the famous entrepreneurs in terms of the character personality, inspirational stories and the real-life Silicon Valley startup ecosystem.

The show has a good comedy theme to it, but there are also precious lessons for the Pakistani entrepreneur to take away from this show. You can take these as actual life tips to help further your venture or as you see fit.

1. Don’t sweat over startup name, if your product can create ripple effect!

Richard made a bold choice of naming his startup after a children’s tale, “Pied Piper”. It was only through winning TechCrunch Disrupt with his visionary compression algorithm that his brand earned respect and recognition in Silicon Valley. Remember, no one cares or remembers the name until and unless you give a reason not to forget.

2. Choose an incubator, not a press hungry, soul-sucking creature!

An incubator is like a second home or a parental figure who guides you through the initial stages of your startup. It is very important to choose a sustainable environment where you can work under one roof and if you’re lucky enough, find a mentor who can guide you. Richard and his team reside in a home incubator offered by Elrich Bachman in Palo Alto. While Elrich was helpful on several occasion, he still seem to be a person who cared more about fame and money whenever opportunity arose, not to mention he almost led Pied Piper into a settlement with their competitive company, Hooli.

Season 2 starts off with a high point for Richard and co. with every investor in town looking to get a part of Pied Piper. They try to increase their value by acting arrogant and rude at investor meetings. Richard and Elrich go from one investor meeting to the next with their head in the clouds. However, tables turn against them when their evaluation ruins their financial future. They go back to the same investors, they are rejected and return home humiliated.

Now, this is not a tip that we want you to practice but we highly recommend to be cautious about it. In the show, the tech giant, Hooli felt intimidated and threatened by a young startup, Pied Piper after they had beaten Hooli in TechCrunch Disrupt. Hooli knew their compression algorithm was nothing as compared to Pied Piper’s so they tried to play dirty. The tech giant wanted to slow down the startup’s progress to catch up with their technology. Hooli served Pied Piper claiming the compression algorithm was a stolen property of Hooli.

5. All that glitters isn’t gold!

To continue the story from Point 3, Richard and Elrich’s arrogance led them into major problems. Their company, Pied Piper is on its last bit of money and might soon run out if they don’t collect funding immediately. It isn’t until Russ Hanneman comes into the picture that really shows Richard the error of poorly choosing his investor. Russ Hanneman being a multi-billionaire puts Pied Piper on contract but only agrees to fund Pied Piper in tiny payouts.

See Also: 30 Things You Do If You’re an Entrepreneur

Inexperienced and notorious for failing businesses, Russ pay for unneeded merchandise and billboard advertisement just to spite the competition. However, he did pay an expensive lawyer to handle Pied Piper’s lawsuit. Russ originally appeared to be the teams knight in shining armor, but later turned out to be a deal with the devil. Russ also managed to blew out a major deal for Pied Piper with his careless attitude.

SWOT (Strengths, Weaknesses, Opportunities, and, Threats) is an integral part of a business plan or major decisions. In fact, SWOT is number one marketing rule in the real world. Jared, Pied Piper’s CFO, tries to tell the team about it but is ignored as usual. Albeit Gilfoyle and Dinesh do end up using SWOT, but for devious purposes. Every startup should have a SWOT board for any time a major business decision is required so that you can weigh pros and cons objectively and see the plan from bird’s eye view.

7. [Evil Trick] Offer investment, merger or acquisition to tap into your competitor’s secrets!

Once again, this tip does not promote practice but aims at making young entrepreneurs cautious of who they share with. In the show, Richard and later on, his team, share their algorithm architecture with End Frame – a company who, at the time, were both investors and rising competitors to Pied Piper. This did not turn out well for the young startup as it threatened their uniqueness and value badly.

8. Welcome to the left-hand path, buddy!

Continuing from the previous point, Gilfoyle hacks into End Frame’s personal accounts to steal a major contract. If your competitor plays dirty and it is damaging to you then you need to play a similar game. Always being good or nice will not leave you anywhere with bad people out there. Sometimes you have to take a left-hand path for survival in the evil world.

Did we miss out any important lesson from the show? Let us know in the comment section below. 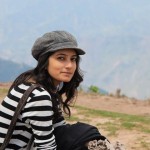