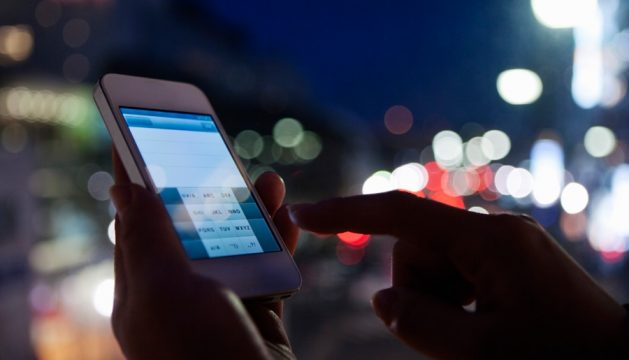 According to a new study, blue light from your smartphones and laptops can speed up blindness.

Researchers from the University of Toledo state that prolonged exposure to blue light emitted by phones, tablets, and televisions can damage vision and generate poisonous molecules in the eye’s light-sensitive cells. The researchers suggest this could accelerate macular degeneration and lead to other eye diseases. Their research was published on July 5 in Scientific Reports.

In the study, the researchers exposed various living cells to different types of light. They found that exposure to blue light triggers “reactions that generate poisonous chemical molecules in photoreceptor cells,” the cells in our retina that respond to light. The research conducted to understand how cells respond to everyday blue light exposure from devices like phones and TVs.

Dr. Payton said, “If you look at the amount of light coming out of your cell phone, it’s not great but it seems tolerable. Some cell phone companies are adding blue-light filters to the screens, and I think that is a good idea.”

Eye disease such as macular degeneration is caused by the destruction of light-sensitive cells in the retina (eye layer). This disease is age-related and can cause blindness. According to a report published on Brightfocus Foundation, a nonprofit organization that supports research, currently, 11 million people in the US have some sort of macular degeneration. The patient number will likely double by 2050.

Dr. Ajith Kumar Karunarathne, one of the researchers and an assistant professor at the University of Toledo, told the Guardian that people should wear sunglasses that can filter both UV and blue light and avoid browsing on smartphones, laptops and similar gadgets in the dark. Moreover, wear glasses with amber or orange colored lenses that can block out blue light.