Baqar Abbas Jafri, startup founder representing, Investors Lounge — a social network for investors, has been arrested for allegedly stealing the idea and source code of a product. Allegedly, Baqar along with 3 more cofounders worked with AMZ Capital for a similar product and then used the same source code to launch a similar product.

Furthermore, the management of the startup, which has taken these allegations and the manner of their application seriously and sought expert legal advice to investigate the matter and establish the facts.”

We reached out to Sehar Alam, Social Media Executive of AMZ MAK Capital Limited to get more details of the issue.

“Baqar Abbas Jafri, Sennen D’Souza and Hammad Ali Hashmi along with Waqar Ehsan, all ex-employees of AMZ MAK Capital Ltd are to be arrested on the directives issued by the Sindh police. The police issued the notice after, at the Karachi City Court, the judge issued the result in favor of AMZ MAK capital.”

She went on to say,

“We were able to prove in the Karachi City court that the cofounders of Investors Lounge were employees of our organization and they worked with AMZ Capital under pay roll for a year. During that time, they utilized the source code of the product they were working on under AMZ Capital and planned to launch their own product using that source code.”

“Initially, the startup founders didn’t agree that they were working with AMZ Capital but later they made the confession in the court. Currently, Baqar Abbas is in the custody of police, whereas, the police are in search of rest of the team-mates.”

TechJuice is trying to reach out to the startup founders and get their side of the story. The startup founders of Investor Lounge, and the incubator (NESTio), where they were incubated have totally denied the claims. Jehan Ara, President P@SHA and front runner of NESTio said,

“This is a false accusation. I know these youngsters personally and the product was created from scratch at The Nest i/o. It is heartbreaking and totally unjust that these young entrepreneurs who have struggled so much and worked so hard to get to this stage should be put through this. I stand by them.”

We tried reaching out to the startup founders, a source close to the founders have mentioned that their lawyer will be issuing an official statement tonight. And the source further mentioned that the claims made by Sehar Alam are totally over-exaggerated, baseless and not true. 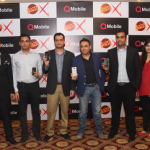