Amazon Plans to Release a Standalone App for Sports Content Amazon already owns the right to stream major sporting events such as the NFL and Premier League, putting it in a favorable position to compete with other sport apps

After being majorly successful in the video streaming industry, Amazon inc is now working towards developing a standalone streaming platform that is only focused towards sports.

While the sports streaming category is difficult to compete with, Amazon will enter the field with a competitive advantage. The company already has rights to stream major sporting events such as the National Football League’s Thursday Night Football franchise and Premier League soccer.

Currently, the sport streaming market is dominated by Walt Disney Co, however once Amazon steps inside with the resources that it possesses, we will surely see some aggressive competition.

It seems like Amazon isn’t the only one that’s investing towards the sport streaming industry, just last week, YouTube signed a multi-year agreement allowing it to exclusively stream NFL’s Sunday Ticket.

As of now, Amazon has not announced any release date, so it can be months before users get an update on the sports streaming application. 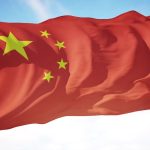