TechJuice > Technology > Apple to contribute $350 billion to the US economy, aims to create 20,000 new jobs 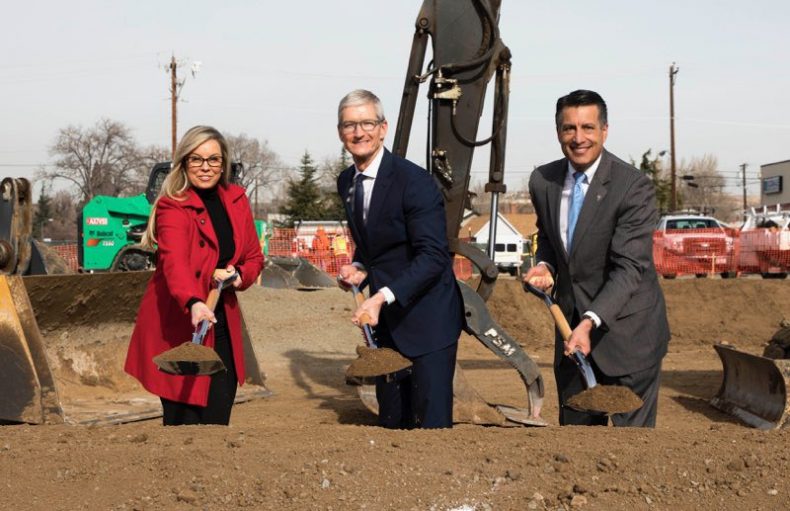 Apple which falls on the list of the top 10 world’s largest companies in terms of revenue, has recently announced a series of new initiatives to show its commitment to supporting the U.S. economy and workforce. Apple with its aim to become a dollar trillion company has always demonstrated patriotism by supporting the US economy in various sectors. As of now, the CEO of the company has announced a new contribution of around $350 billion to the US economy over the next five years.

In an interview recorded by ABC News, Apple’s CEO Tim Cook said that the company aims to create 20,000 new jobs and wants to open a new campus, in coming years. Cook has promised to increase direct employment of American workers and wants to grow the amount of spending with U.S-based suppliers and manufacturers. Cook has also encouraged the further growth of the app economy. According to him,

“We believe deeply in the power of American ingenuity, and we are focusing our investments in areas where we can have a direct impact on job creation and job preparedness. We have a deep sense of responsibility to give back to our country and the people who help make our success possible.”

In addition, Tim Cook has revealed that Apple is also going to pay about $38 billion in taxes for the horde of cash it plans to bring back to the United States.

During the same interview, TimCook was also asked about the performance throttling issue, where he deeply apologized about misleading its consumers and said that those iPhone owners will be able to monitor the health of the battery in upcoming software updates.

previous
Xiaomi to update its 40 devices to MIUI 9
random
next
MWC will be “awesome” for Nokia, hints HMD's executive
Trending Posts