Last week, we reported that Apple has been facing two lawsuits in the US, alleging the tech giant over admitting that it reduced iPhone’s performance as the battery ages. As of now, a total of eight lawsuits have been filed against Apple in various federal courts in the week.

The lawsuits claim that Apple’s action may have led iPhone owners to misguided attempts to resolve issues over the last year. Last year, Apple introduced a software update for iPhones, mainly focusing iPhone 7, which reduces the performance of processors as the battery ages. The plaintiff alleges that the users were unaware of the outcomes of this update.

One of the lawsuits which have been recently filed in San Francisco depicts “the batteries’ inability to handle the demand created by processor speeds without the software patch” was a defect.

The plaintiff has a point of view that,

The circumstances may get worse for Apple, as the plaintiff in that specific case is represented by attorney Jeffrey Fazio, who represented plaintiffs in a $53-million settlement with Apple in 2013. The case alleged Apple over its handling of iPhone warranty claims.

The lawsuits filed in several states of the US seek unspecified damages and reimbursement. Meanwhile, a couple of the complaints seek court orders barring Apple from throttling iPhone processor speeds or requiring notification in future incidents. 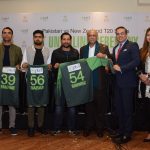