Apple has a built-in web content filter for iOS and macOS which was apparently the word ‘Asian’ for over a year. However, according to Mashable, the company is finally fixing the issue.

This issue shows up when your device has the ‘limit adult websites’ content restriction turned on. Though it not only blocks adult websites but blocks anything that is Asian or related to the respective culture. This includes searches such as ‘Asian market’, ‘Asian culture’, and even ‘stop Asian hate’.

These searches are blocked on both Safari and Chrome on iOS devices, but Chrome was able to perform them on macOS. Devices without the content restrictions turned on can perform the searches and receive results.

Apple noticed this problem and has mentioned that this issue will be resolved soon. The searches work on devices that run the iOS 14.5 beta. On a personal note, it does sound ridiculous as it shouldn’t be an issue as most of the world does search for things Asian. As a result, many people of the Asia region have found this offensive. Though it is expected that Apple will be careful in terms of their updates. 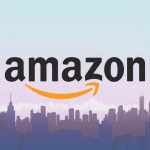