After seeing a record high of $10,000, just a week ago, Bitcoin has finally passed $12,000 mark and it is now trading at $12,185, as you can see the top menu of our website. The ruling cryptocurrency’s value has risen 1,100 percent since the beginning of the year.

Bitcoin crossed this historical mark yesterday night, which makes the total market capitalization of Bitcoin to $203 billion. Bitcoin has gone volatile without much support from any state’s government or regulators.

Last year Bitcoin’s price was just around $750, which eventually reached $1,100 by the end of the year. This year Bitcoin boosted its price up by 1100% making it to this historical mark. While if Bitcoin keeps on going at its current pace, it is expected to hit $15,000 mark by the end of the month. Bitcoin has also become the sixth largest currency in the world in terms of circulation, with a total value of $203 billion.

Some researchers and investors have also shown their concern that Bitcoin is on the edge of a bubble, as after crossing $11,000, its price dropped, which resulted in 20% percent loss of currency’s value within a day.

Most of the investors are also worried, as Bitcoin has observed few mini crashes during this year. Bitcoin’s value peaks in seconds and drops down with the same pace, as well. However, a startup Bitcoin Bubble Burster is here to resolve worries, it will tell you when the Bitcoin is about to crash using its artificially intelligent algorithm. 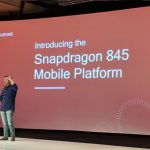