Bitcoin nosedives $1,700 as Coinbase goes down We were just celebrating Bitcoin’s revival when it crossed $13,000 after more than a year but since the cryptocurrency is never stable, it will always give you unwanted setbacks. Coinbase is one of the biggest cryptocurrency exchanges available online mainly dealing with the buying and selling of Bitcoin, LiteCoin, and Ethereum. So you can imagine when the exchange went down, it would have scared a number of investors and they pulled their money out of it.

Bitcoin resurgence has been partly refueled by Facebook’s bet on its own cryptocurrency “Libra” otherwise things were looking gloomy. There was a time when Bitcoin had reached $19,783.06 in 2017 but since the last few months, it had lost its popularity. It remains to be seen whether Bitcoin’s price will go further up now after the $1,700 decrement in value considering Coinbase is back up now.

Read more: Up For Debate – Is the State Bank’s ban on cryptocurrencies justified?

If you see the top bar, Bitcoin is currently trading at $11,829 whereas Ethereum’s price stands at $313, both at a 5% low. There is a huge chance that the price will go up again and probably around next year, there would be a fall considering Facebook’s Libra would launch. The primary distinguishing factor between Libra and Bitcoin is that Facebook intends to keep the price of Libra stable through a reserve of dollars and pounds currency. Bitcoin’s fluctuating price has always driven investors away from it and the recent scenario is another example of that.

How far do you think Bitcoin’s price will go now? 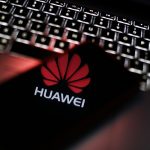