After seeing a record high of passing $6,000 mark a couple of days ago, Bitcoin is now again dropping back to $5800, as observed this morning.

Bitcoin seems to be quite vigorous in changing its rates. The cryptocurrency has made its all-time high record of $6,148 and then fallen down at a very speedy rate.

Bitcoin along with other cryptocurrencies are facing different regulatory challenges from different nations like crackdown in China and development of local cryptocurrency in Russia. Since bitcoin is getting a lot of media attention lately a lot of people are looking for a moment to enter the market. However, price action analysis estimates that Bitcoin Price could further low down to a certain degree.

It must be noted that Bitcoin has shown 500% increase as we entered the year 2017. According to Money Flow Index (MSI), deeper pull-back is expected in upcoming 2-3 months.

As we reported earlier Vladimir Putin, the Russian president, called for regulation of cryptocurrencies, saying their use “bears serious risks” such as money laundering, tax evasion and funding for terrorism. But he also warned against imposing too many barriers which appear to have given bitcoin a boost.

In Pakistan, there has been an increased interest in Bitcoin and Altcoins. There are certain exchanges working for local traders in the country. TechJuice also keeps its users aware of latest Bitcoin prices in Pakistan, for that you can keep visiting our home page from your desktop devices to see the rates in PKR. 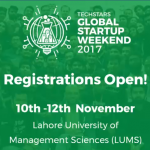 Startup Weekend Lahore to happen next month at LUMS