WordPress, everyone’s favorite blog-hosting site, has undergone a massive redesign and now comes with a new interface, and many more goodies.

Founded in 2003, WordPress has come a long way since then and now powers 25% of all websites on the World Wide Web. It was introduced to provide a easy portal for people to create and maintain their own blogs, instead of resorting to creating their own websites. Automattic, the company that owns WordPress, has launched a new version of it that comes with some really big changes, and is probably the biggest overhaul in the history of the publishing platform.

For the regular users, the new WordPress brings a completely new design and feel. The revamped look is much more minimalistic and more modern-looking, and it is also much more responsive than the old design. There will be fewer load screens and changes made to your blog can be seen in real time. For the hardcore users, this might come as a bit of shock but this updated version is not built on PHP, the scripting language that has been part of this service since its introduction 12 years ago; instead, it is has been built from the ground up using JavaScript and API calls.

“We realized that the tech wasn’t going to take us to the next decade”, said Matt Mullenweg, the co-founder and the current CEO of Automattic.

Motivated by this need to modernize their system and make it much more faster, the company decided to move on to newer technologies. Since a year-and-a-half, the people at Automattic have been working on this new interface, dubbed Calypso, and finally, they have released it for the masses.

Now this does have some huge implications for the web industry as a whole, considering the fact that almost a quarter of the internet uses WordPress. First, yes, this does mean more and better opportunities for the developers to take advantage of it using the new tools and much faster newly-minted API through JavaScript, and also, this will make WordPress-hosted sites considerably more responsive. But on the other hand, this also means that a lot of code written in the old PHP will not work. Along with that, developers who have gained expertise and experience in working with PHP over the years will also be pretty frustrated, as is the case when any new programming language is adopted by a company.

The updated version is live right now and will work fine on all computers, including tablets and smartphones. If you are using a self-hosted blog can activate it with the Jetpack plugin. Automattic has also made the code for the new WordPress completely open-source, even from the backend and made it 100% API powered. There’s even a new dedicated WordPress app for Mac users.

You can read in detail about the changes in the new WordPress over here. 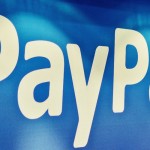 My thoughts on Government’s invitation to PayPal, Amazon and Ebay in Pakistan