According to a security firm, a Chinese hacking group has attacked two Indian vaccine manufacturers. Cyfirma, which is based in Singapore and Tokyo, has found out that the Chinese hacking group APT10 exploited the gaps and vulnerabilities existing in the systems of Bharat Biotech and Serum Institute of India (SII) – the world’s biggest vaccine producer.

“The real motivation here is actually exfiltrating intellectual property and getting a competitive advantage over Indian pharmaceutical companies,” said Cyfirma Chief Executive Kumar Ritesh in an interview with Reuters.

He said that the APT10 is actively targeting SII, manufacturing the AstraZeneca vaccine for many countries, and is also set to begin bulk-manufacturing Novavax shots.

“In the case of Serum Institute, they have found a number of their public servers running weak web servers; these are vulnerable web servers,” the head of the security firm added.

The relations between China and India had worsened since the past year when four Chinese and twenty Indian soldiers were killed in clashes on the Himalayan border.

As per the US Department of Justice, the APT10 group acts in association with the Chinese government. The group is also on the FBI’s wanted list and was recently accused of targeting major gaming and gambling companies in the United States. The APT 10 group, along with the APT 41 group, comprises some of the most skilled, proficient, and sophisticated elite hackers globally, having been carrying out ransomware and malware attacks on a global scale, particularly against American targets. 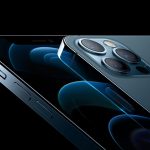