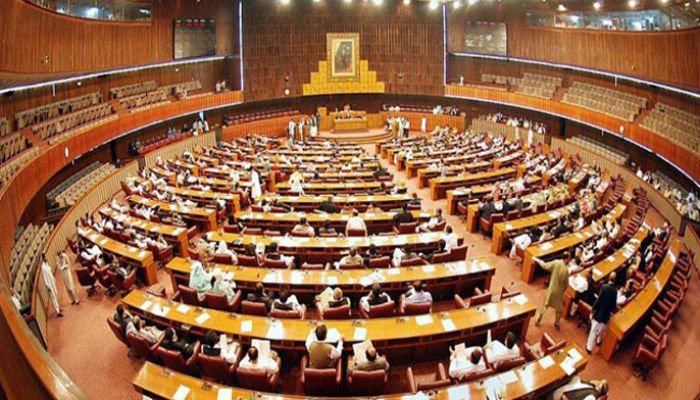 According to a text message that the Government of Pakistan has started circulating over the weekend, a person could face a hefty fine along with a jail sentence of up to five years for using incorrect map of Pakistan.

Chances are you’ve already received the concerned message, but in case you haven’t, the government has basically directed citizens to abide by the correct representation of the map of the country.

As per details, the message reads: “An important announcement with regards to Pakistani map. The government has released a map of Pakistan on August 4, 2020.”

The message added that the “correct representation” of the map could be accessed at Pakistan’s survey website surveyofpakistan.gov.pk. It proceeded to lay out the punishment in case of non-compliance and usage of incorrect representation of the map of Pakistan, which could either be five years in jail or a massive Rs. 5 million fine, or even both. 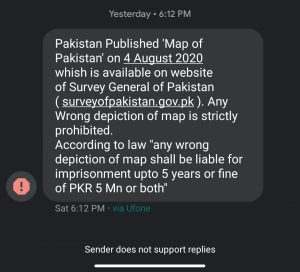 The new political map of Pakistan was unveiled by the Prime Minister of Pakistan Imran Khan on August 4 of this year, in which Indian Illegally Occupied Jammu & Kashmir (IIOJK) was included and represented as part of the Pakistani territory.

The premier declared that IIOJK was included in the territory of Pakistan and the map released will now be the official map of the country.

He said that the newly-launched map is backed by all political parties of the country. 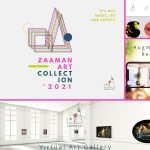