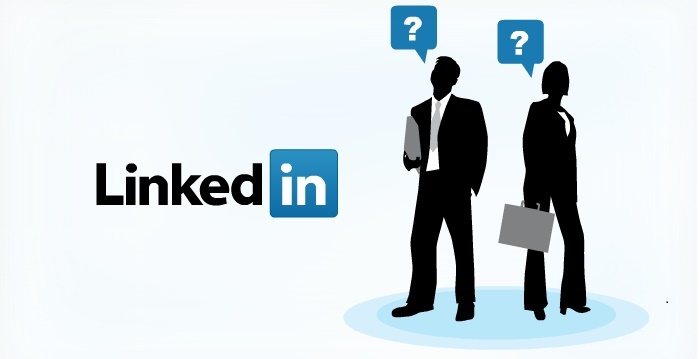 We live in a world dominated by the blessings of Information Technology. As more and more businesses and people experience the exposure to the Internet connectivity, our reliance on advanced technology is increasingly becoming necessary. A lot of tasks which were done manually in the past now seem unimaginable without the utilization of modern technology. Searching for jobs, and qualified candidates for them, is one of such subjects.

While online job platforms have helped a lot of employees and employers alike, no medium is void of noise. In the case of social platforms dedicated for connecting organizations to prospective job applicants, major sources of such noise can be non-verifiable exaggerations on the part of both sides, lack of exposure or reachability, and our main topic for this discussion – fake job postings, among several others.

LinkedIn – a world-famous social network meant for professionals – is not free from such pitfalls either. LinkedIn has introduced a number of features in the recent past to facilitate posting and searching of jobs and for professionals, but people with ulterior motives have found ways to lure people with fake job opening announcements here as well.

How to Spot a Job Opening Which is Possibly a SHAM

Here are some examples of what a dubious job announcement on LinkedIn can look like:

What do all these LinkedIn posts have in common, apart from offering lucrative offers in UAE? Consider:

Now take a look at the number of responses these posts have gotten: over 27,000 likes, and 37,500+ comments, between just three posts! One might wonder if there is more to this than what’s apparent. Unless securing a job in Dubai has become as easy as Liking a post on LinkedIn, there definitely is more to this story. 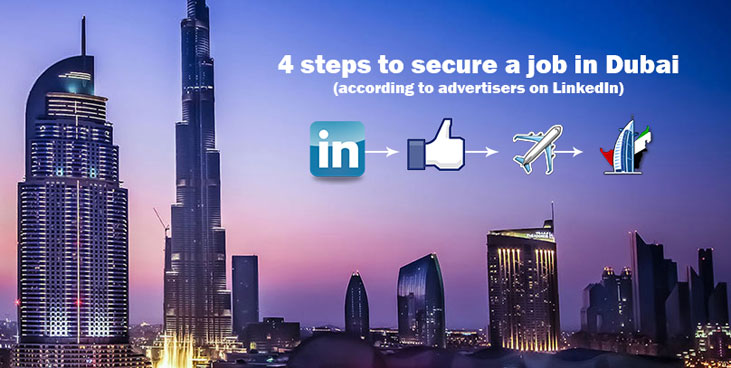 It has become a trend of late on LinkedIn for a great many users to write dubious posts which seem to announce mass job openings and encourage the readers to Like or Comment on said posts. A profile review is promised in return, and the hope for a job in case the profile matches certain criteria. The problems in the overall scenario, however, are that no one knows what exactly the criteria are, no offer is extended, and all those Likes and Comments are left suspended in the cyberspace.

First off, no recruiter in the world has enough time to go through that many applicants, so anyone who sifts through posts to find one like it is simply wasting his/her time. Moreover, where it gets even more serious is that people even give personal information (like phone numbers) in reply to these posts without sparing any thought for consequences. This trend has caught on so much so that some people have taken to mock it by creating a parody of such posts, and behold: people commenting on these parody posts all the same — by thousands, without even reading them completely: 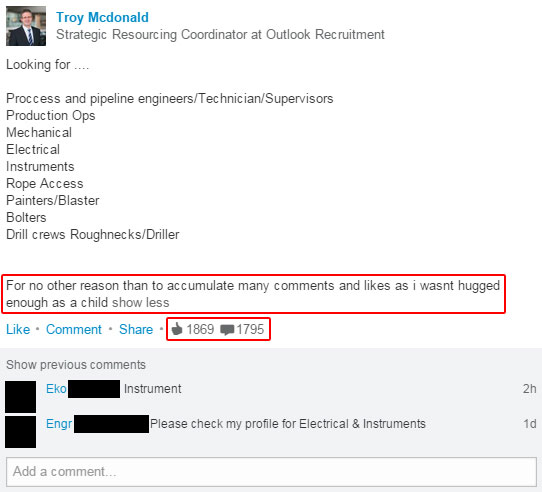 How many people cared enough to read the complete post as depicted in the above photo? Not a lot, apparently.

But Why Post an Opening When There is No Job?

A fake recruitment call can be posted for one or more of several reasons: 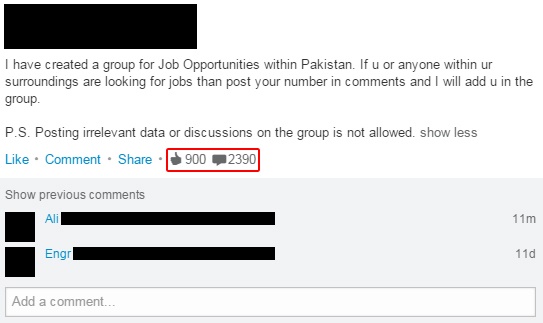 Now that we’ve seen how and why these bogus job posts work, let’s conclude by revising a few generic pieces of advice for those who are likely to fall for such scams: 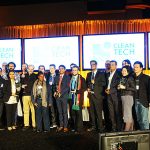