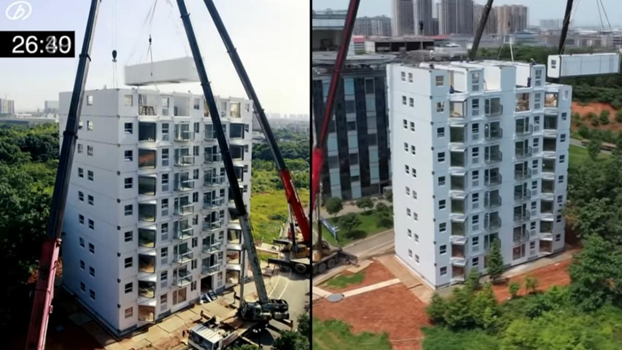 Recent news about a 10-story Chinese building being built in 28 hours took the internet by storm, people came up with all sorts of theories claiming that it is humanly impossible and that the quality of the building will be severely impacted. Things however are completely different, the building developers ‘Broad Group’ revealed that the building is earthquake proof and can even be moved from one place to another.

Built-in Changsha city China, the building first became news when developers Broad Group published a 45-minute long YouTube video that explained the building’s construction and the audience was surely amazed by the speed.

Requires detailed planning, labor and architectural skills, even the fastest of skyscrapers require some weeks to be built from the ground up. So what did Broad Group do that it was able to create a building so high in much less time? Well, they used prefabricated construction systems.

A newer and more effective way to create buildings, prefabricated buildings are designed in several different modules, all to be joined together and create a building. These are first created in a factory and are then transported turn by turn to the construction site, each module is kept and joined onto the last one until the building completes.

Despite the fact that the building Broad Group created was built using prefabricated construction systems, the speed and efficiency at which their workers put together the bolts and joints, ran electric wires and provided water connections at each separate level is admirable.

While many may think of prefabricated buildings to be weak or something that would eventually get destroyed, it’s quite the opposite of what you would expect it to be. The prefabricated building stands firm like any other building and is even earthquake-proof. The best part about this building? You could simply disassemble it and transport it to another location! 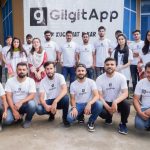