Around a third of worldwide energy production capacity is presently derived from low-carbon sources, with renewables accounting for 26% and nuclear power accounting for 10%. The remaining two-thirds are derived from fossil fuels that generate greenhouse gases, such as coal, gas, and oil.

If governments throughout the globe are to reach their net-zero goals, renewable energy sources such as solar, wind, and hydropower must become a substantially larger part of the global energy mix. The United States (US), China, and the European Union (EU) will need to work together to reduce emissions.

So, how do they plan to invest in sustainable energy?

According to recent data issued by the Federal Energy Regulatory Commission, clean energy accounted for 67% of new electric producing capacity in the United States during the first half of 2022. (FERC).

Wind and solar electricity made up the majority of the mix, with geothermal, hydropower, and biomass filling in the gaps. The remaining new electricity-producing capacity was mostly generated by gas and coal.

Renewable energy presently accounts for 26.74% of the total installed generating capacity in the United States. This is up from 19.7% five years ago and 14.76% a decade ago.

President Joe Biden signed the largest US climate package into law this month, as the country rushes to fulfill its 40% carbon reduction target by 2030. The Inflation Reduction Act will spend $369 billion on domestic clean energy development.

An additional $60 billion will be set aside to generate millions of employment in clean manufacturing. Tax credits and rebates are also included in the law to assist cut the cost of purchasing electric vehicles and installing solar panels and heat pumps in houses. 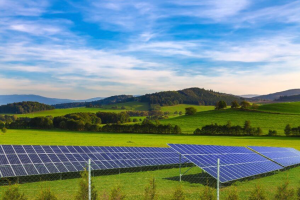 China is also increasing renewable energy generation in order to satisfy climate targets and minimize reliance on external energy supply. By the end of 2022, the country plans to deploy a record 156 gigatonnes (GW) of wind turbines and solar panels. According to Bloomberg, China installed roughly 35 gigatonnes of wind and solar capacity in the first half of 2022, a 25% increase from the previous high established in 2021. More are expected as the government and corporate sectors work to reach annual objectives.

President Xi Jinping has promised that emissions will peak before 2030 and that China would achieve net-zero carbon neutrality by 2060.

According to the International Energy Agency, the EU was the second largest market behind China in terms of expanded renewable energy capacity (IEA).

The EU has expressed its intention to cease its reliance on the Russian energy supply by 2030. Its REPower EU strategy calls for a $200 billion investment in renewable energy generation between now and 2027. Part of the strategy is to quadruple Europe’s solar power capacity by 2025, making it the EU’s fastest-growing energy source.

The EU Solar Energy Strategy seeks to bring more than 320GW of newly built solar power online by 2025, more than doubling the existing level, and to almost 600GW by 2030. 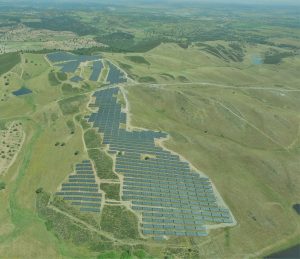 Solar power is at the forefront of the renewables race.

According to the IEA, renewable capacity will expand by 8% globally in 2022, with solar power accounting for 60% of this increase. According to the report, a strong policy environment in both China and the EU is accelerating the deployment of major projects.

Global offshore wind power will more than quadruple in 2022 compared to 2020, with China expected to have the most capacity by the end of this year. However, unless new and stronger rules are introduced, worldwide renewable capacity additions are anticipated to stay constant in 2023 compared to 2022.

However, in order to achieve net-zero emissions by 2050, global renewable energy investment will need to treble by 2030 to roughly $4 trillion. According to the World Economic Forum, global companies are falling short of their objectives, and trustworthy data will be critical in the difficult process of decarbonization. Its Net-Zero Industry Tracker 2022, created in collaboration with consultancy company Accenture, seeks to deliver a “strong cross-industry platform that will follow the travels of sectors.” 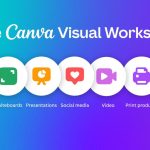