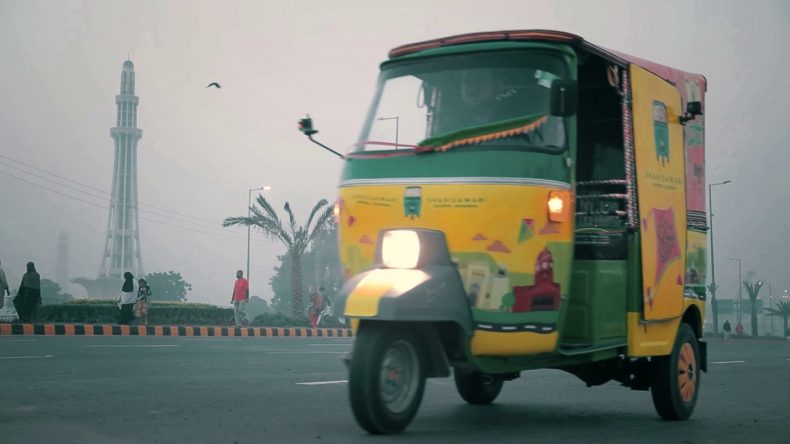 I still remember how one day, in 2016, my friend advised me to install Careem‘s app on my phone, and kinda gave me a key to the door that leads to the world of ultimate freedom; I could now order a car that will pick me from my doorstep to travel around the city anytime, anywhere. I was initially hesitant to use it alone, so I asked my friend living near my home to pick me. I remember how I felt quite safe as the driver was quite professional and upon reaching our destination, we realized we were charged lesser than any Rickshaw ride in Lahore. Careem came in my life as nothing more than a blessing that offered me maximum value at the exchange of minimum bucks.

So, I started using Careem for commuting on daily basis and it served as caffeine for me as it had become an integral part of my daily life then. It took me quite some time to realize that the drivers are manipulating and choosing the longest route for the commute resulting in higher fare as the distance traveled increased but the promo codes offering discounts were tempting enough for me to let go of this issue. My friends told me that since I was too bad with navigation and learning routes, drivers took advantage and took longer routes so they could charge me more. So, one really needs to have a mental map of entire Lahore in order to ensure the drive cannot take a longer route.

But after a few months, I realized another thing; there was a surge in fares and Uber seemed to be a comparatively cheaper option. So, I installed the Uber app on my phone as well and started using it more. I could now compare estimated fares and choose the cheaper option. Within no time, I started using rickshaws rather than cars to save some more bucks. But I still could not use Careem and Uber for going to office as whenever I opened the app, it showed a peak factor and I realized that the peak factor is always applied during my office leaving time. So, basically the only times I needed the app was the time when there was a peak factor. I was using Careem or Uber daily for commute to office and it was costing me good chunk of money due to constant peak factor.

Another thing that I did not appreciate a lot was that the Careem drivers were mostly complaining about the company that the company initially lured them into driving for Careem and offered them massive returns which according to them was not the case after some time. I really started empathizing with them and felt like not using Careem anymore. So, a company, I believe, really needs to ensure that their employees, that are also a critical asset when it comes to promoting their offering, are not saying bad things about the company.

Application not Optimized for low-end phones

But this was not so worrisome for me! What made me panic the most was the fact that the apps were taking too much of my battery and space. I now knew that now I needed to switch to some other app that consumes less battery and most importantly less amount of money, so I started searching for alternatives. It was at that time when Careem’s data breach scandal emerged and I had no other option but to let go off Careem.

Onward and Upward with Shahi Sawari

So, one day I came across an ad of Shahi Sawari, a rickshaw hailing service, at the back of a rickshaw offering 59 rupees for some 3 km. So, I installed the app and started using it. My likeness for the app went beyond the exceptionally designed logo. I found out that the app offered no peak factor and that’s when I knew I am going to use it much more than other two apps. So, eventually, the other two apps were only on my phone to be used when there is a discount offer. I have availed the regular 50% Uber discounts which simply does not mean half money back. It means that you will get a discount of 100 rupees for a ride that costs over 100 rupees. A bit deceptive! no?

One particularly appreciating thing about Shahi Sawari is that my mom told me recently that she has now started calling on their helpline number to book the ride as she is not tech savvy to use the app. Here Shahi Sawari did a great job by considering the ones who are still not tech savvy.

Does not operate in many areas

There are, however, still a lot of areas in outskirts of Lahore where I have to use Uber or Careem because Shahi Sawari does not operate in those areas. While one thing remains constant when it comes to every ride-hailing service, the request by drivers to give them five stars and I am still not sure, when this will stop.

I, as a daily user is satisfied with the service, drivers of Shahi Sawari, and am hopeful that this is not just a strategy by Shahi Sawari to penetrate the market just like Uber and Careem did initially to entice the customers. I really hope this is a vision for Shahi Sawari that the company will stick to in the long run. Even though there is no dearth of reasons for me to use Shahi Sawari but I still count on Uber or Careem when I cannot travel via Rickshaw as sometimes I have to travel with equipment such as cameras and tripod stands and I need a car.