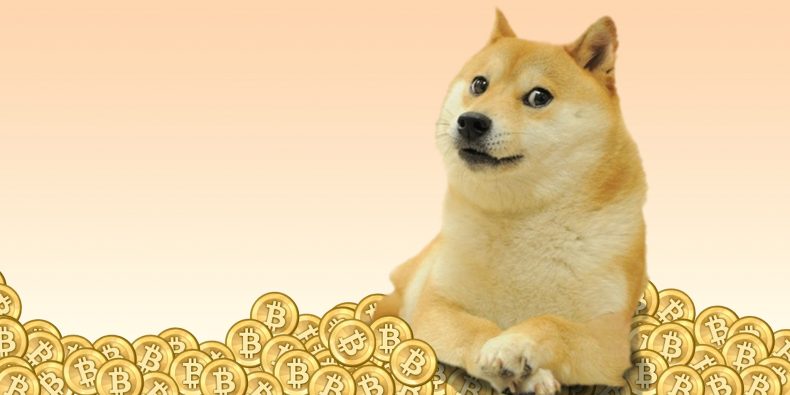 It seems almost impossible for a big currency, Bitcoin Cash, to have fewer transactions as compared to the low profile currency, Dogecoin. Dogecoin has shown three times as more transactions than BCH per day, resulting in 300% higher transaction rate. 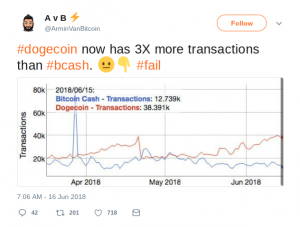 On June 15, the ratio between Dogecoin and Bitcoin Cash transaction were 3:1. Bitcoin Cash is currently trading 12,700 coins whereas Dogecoin is 38,400 at a much higher rate. The current value of Dogecoin is under $0.002, being as high as $0.0056 in April. The highest this currency has been this year was $0.017 in January.

The BioInfoCharts shows the fluctuations in the graph as:

The Cryptonews explains the situation here in a bit simpler terms:

This could arguably be because Bitcoin Cash is significantly younger than the two – but its merit in transaction speed may be lost on traders as they obviously go for even the jokester’s Dogecoin more often than BCH.

Dogecoin has always been in shadow in the crypto world. Its rates aren’t as high as other currencies and not many transactions were previously ever noted. Bitcoin is a big currency with highest transaction rates and currency value as well. Recently, a huge declination in BCH’s future was noted and it continues to decline as more currencies go higher than Bitcoin Cash. However, how the “joke currency”, Dogecoin outran the huge currency, Bitcoin Cash, is beyond understanding. But since this is the crypto market, it never fails to amaze the investors and crypto rates.