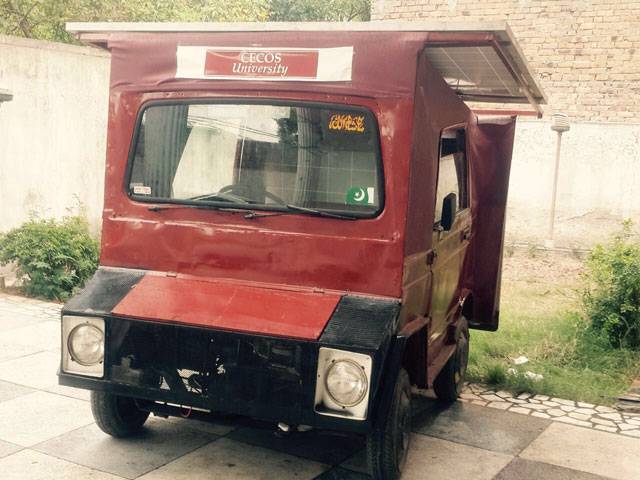 A five-member team of electrical engineering students from CECOS University of Information Technology and Emerging Sciences have come up with an ingenious project as part of their final year proceedings. The team has designed an environment-friendly solar-powered electric automobile which can run at a top speed of 80 kilometers per hour.

Moved by a recent World Health Organization (WHO) report which suggested that industrial waste gaseous emissions should be controlled and the use of renewable power should be increased, the team designed this car which uses solar energy instead of fossil fuels. The study also ranked Peshawar as the second most air polluted city in the world.

The solar panels on the car provide energy to the four dry batteries of the car. The batteries than run a DC motor which uses mechanical gearing system to rotate the wheels. An electronic circuitry has been added to control the speed of the car. A plug-in charging port has also been provided which can be used to charge the car through electricity. 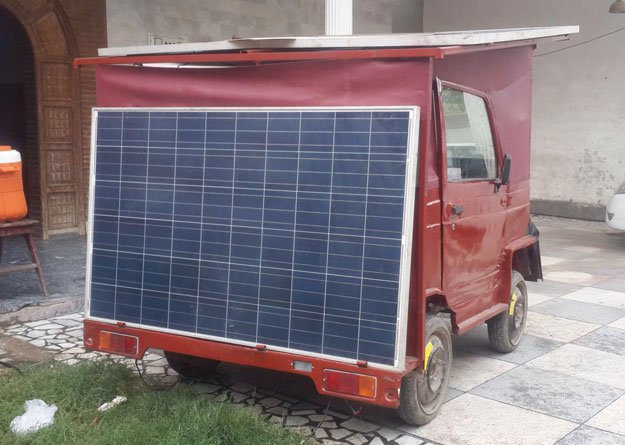 On a full recharge, the car can easily commute for 25 minutes which makes this car useful for intra-city transport.

“The government needs to support and encourage projects like this solar-powered car and make use of renewable energy common instead of fossil fuels which are one of the major sources of carbon emission into the environment”, Ibrarullah told media. 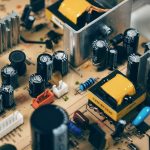