Facebook Brings the GIF Button for comments to all users

Get ready to see a load of animations in your comments section. To mark the 30th anniversary of the GIF format, all users will get the new GIF comment button that Facebook began testing three months ago.

Facebook has announced that almost 13 billion GIF’s were sent in the past year. 400 million of them were only sent on New Year’s Day back in January 2017.

Facebook has had GIF support ready for two years and now has finally added them to the social networking site. Previously there was some reluctance on Facebook’s behalf due to the visual impact that it may bring. However, Facebook users were able to find different ways to post GIFs.

The GIF button allows the search and posting of GIFs from different services such as Tenor, Giphy and the likes. The process is fairly simple, you just press the button and select the GIF you want to post. The most trending ones are shown as soon as the button is pressed while there is a search bar given to search for the one you want.

Moreover, the social media giant Facebook has also recently rolled out an update for its Instagram platform, which now allows users to hide their pictures they don’t want to become public.

This new feature of Instagram is somewhat reminiscent of Snapchat’s Memories section, which allows the user to hide or hold photos and videos from people. 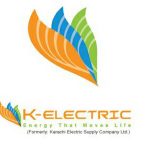