Now you can hide photos on Instagram using this new feature

Facebook-owned company Instagram has rolled another feature for its user across the globe. With this new feature, one can now hide his/her photos, the one they don’t want to become public.

This new feature by Instagram has been named as “archive”. The company was testing this feature from last month and finally today the company launched this feature for its users.

This new feature of Instagram is somewhat reminiscent of Snapchat’s Memories section, which allows the user to hide or hold photos and videos from people.

According to the company, the feature is created keeping in view that users don’t delete their photos rather archive or hide them, and can use the photos whenever they want.

According to the company, “One can archive any photo on his/her profile by tapping the “…” three dots button in the top right of the post, then selecting archive”.

Moving forward, The parent company of Instagram, Facebook has also rolled another update for its user, however, after launching the update it also came under strict scrutiny by the user due stealing the feature from Twitter. 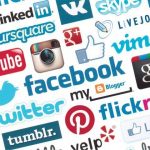 With this new law government can now fine Social sites