Facebook may soon add a “Dislike” button, but it’s not where you’d expect.

You will be able to attach emoji to your friend’s message in the Messenger, the same way you use Reactions in Facebook News Feed. A Techcrunch reader spotted this feature in his messenger app. When you hover over to a message in a chat thread, you can pick any emoji you want from a row of emoji that appears.

The Messenger’s emoji are slightly different from Facebook’s Reactions. The Reactions include Thumbs Up (Like), Love, Haha, Wow, Sad and Angry. The emoji that appear in Messenger are heart-eyes, lol, wow, sad, angry, like and dislike.

An emoji counter will appear below every message in a chat. You can tap a specific message in the thread to see a full list of who left which Reaction. 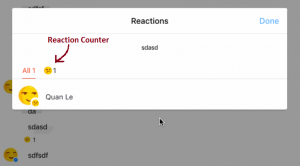 Facebook confirmed this new feature to TechCrunch, “We’re always testing ways to make Messenger more fun and engaging. This is a small test where we enable people to share an emoji that best represents their feelings on a message.”

Facebook has not added a dislike button in the News Feed Reactions to avoid negativity. The “Dislike” emoji in Messenger means “No” or shows disagreement. For example, if someone asks a Yes/No question in a group chat, the friends can simply tap Like or Dislike the message to show whether they agree or not. This will remove the ambiguity in long threads that who is replying to whom.

Reactions were launched almost a year ago and gained popularity instantly. According to a recent report, the Reactions were used more than 300 billion times over the year and “Love” was the most commonly used Reaction.

This feature is in the beta testing phase for now and will take some time to roll out globally. 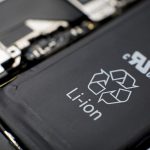