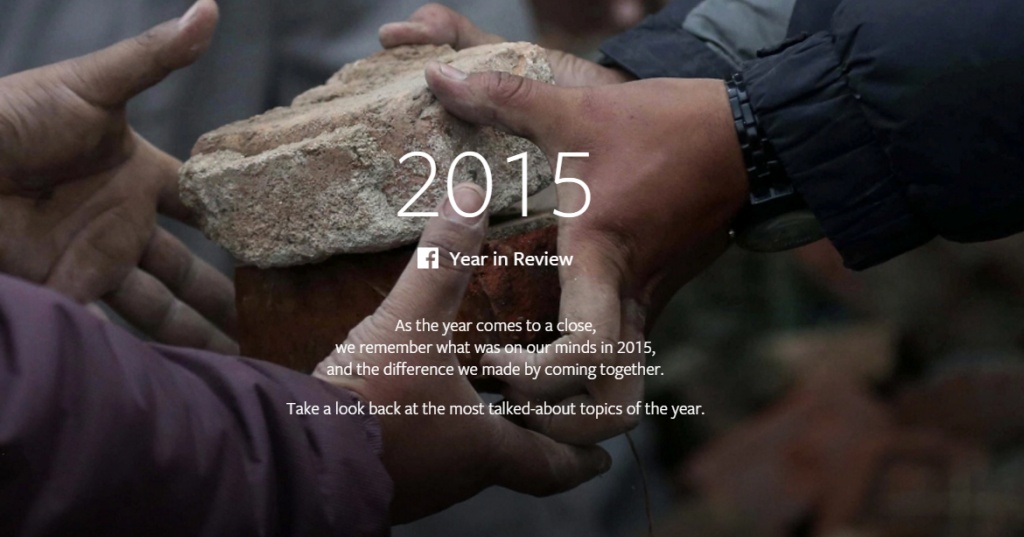 This week, social media giants Twitter, Facebook and YouTube shared their Year in Review from their perspective: the highlights, the most talked about events, the most re-tweeted tweets and who ruled the social media in the past year.

Following a trend they started last year, Facebook has shared with its audience a Year In Review for 2015. As the year comes to a close, the compilations brings to light the most talked-about topics of this year.

Along with the US-local highlights, the review also includes topics from all over the world: the Syrian Civil War & Refugee Crisis, Nepal Earthquake, Greek Debt Crisis, Fight Against ISIS, Charlie Hebdo attacks. The review also includes a brief description of all the mentioned topics and some prominent Facebook posts related to it.

Also featured are some top 10 lists like Global Places, Athletes, Entertainers, Movies, Games and TV Shows. At this point it should be noted that these lists and the compilation of the most talked-about events have been collected via Facebook. They do not reflect on the trends of the Internet as a whole.

According to Facebook, Year in Review top 10 lists were made by how frequently a topic was mentioned on Facebook between January and December 2015.To put this list together, posts were analyzed in an aggregated, anonymized way, and then ranked to create a snapshot of the year on Facebook. 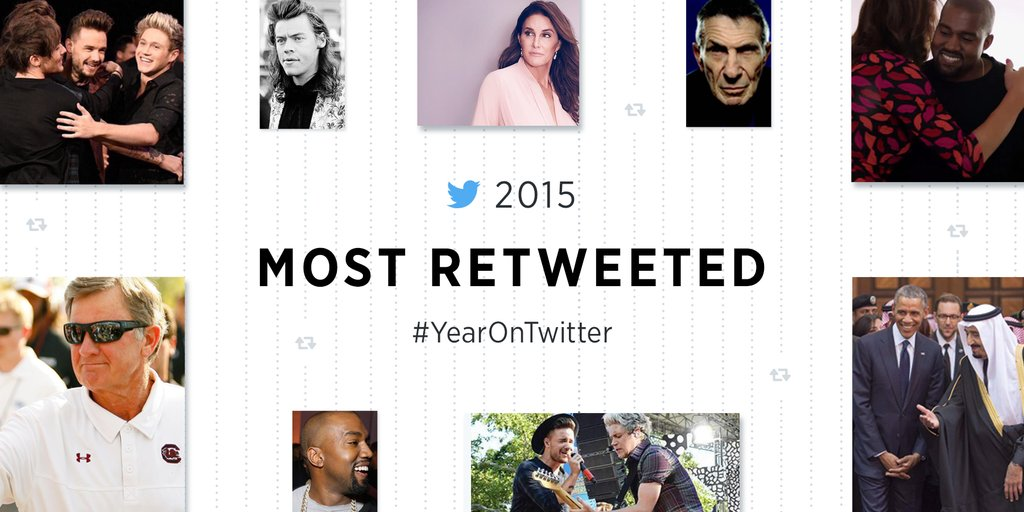 The Year in Review for Twitter was more or less the same as Facebook’s. They have been doing this since 2006. This year they went ahead and made separate divisions for Most Influential, New Voices, Most Retweeted and Top Trends. #JeSuisCharlie, #PlutoFlyby, #IStandWithAhmed, #RefugeesWelcome being some of the most used hastags throughout the year. New Voices included some of the people who joined Twitter in 2015 and quickly became leading voices. Most Retweeted tweets came from the entertainment industry – you can’t beat OneDirection on Twitter. The Top Trends included some of the most used hashtags in the categories of Tech, News, Sports, Politics, Stars and Emojis.

Here is Twitter’s Year in Review:

YouTube is promoting their Year in Review with the hashtag #YearInRewind. Their throwback includes a tribute to the year’s most viral videos, music and people. YouTube has been releasing year-end Rewind videos since 2010 but it wasn’t until 2012 that they went large scale with it. Their video was released as a part of the new “Trending” tab. This feature will make it easier for people to find the videos that are currently trending and going viral. Here’s a look at YouTube’s Year in Review: 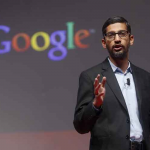 Google CEO, Sundar Pichai: “We must support Muslims around the world”