The Federal Minister for Science and Technology, Fawad Chaudhry has formed a five-member committee to finalize and indicate the exact dates of Ramazan, Eid, and Muharram for the next five years. The minister issued a notification in this regard and made a Tweet stating that the Ministry of Science and Technology committee has been formed which will resolve the moon sighting controversy.

The committee constituted by the federal minister includes officials from Pakistan Space and Upper Atmosphere Research Commission (SUPARCO), Ministry of Science and Technology, and Pakistan Meteorological Department (PMD). The minister has directed these members to create an Islamic calendar containing all the exact dates of the important events in Pakistan that require moon sighting every year like Ramzan, Eid, and Muharram. 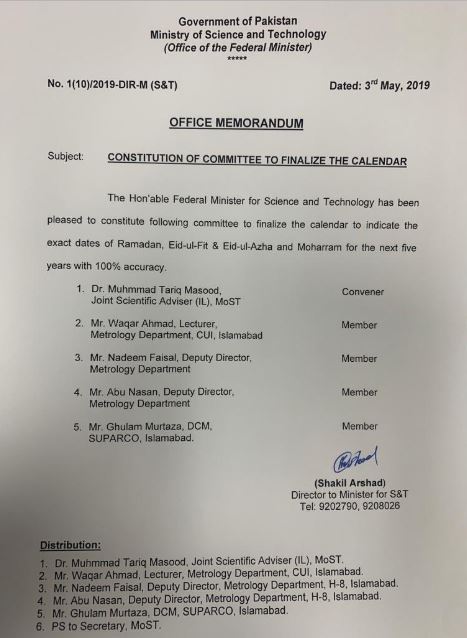 Fawad Ch said on Monday that it is not wise to spend 4 million rupees for the moon sighting every year. He stated, “There should be no compensation for moon sighting. Ruet-e-Hilal committee members should sight the crescent voluntarily, all knowledgeable clerics are in favor of my opinion”.

He further said that by deploying science and technology equipment for these matters the unnecessary expenditures can be saved. While he also made an amusing comment while talking to a host in a show that we can use the world’s biggest Hubble space telescope launched by Suparco to create a ten-year calendar for these events. 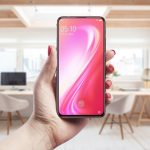