Federal Investigation Agency’s Cyber Crime Branch has arrested a man after harassment and blackmailing complaints were lodged against him.

Ali Akbar ran a mobile repair shop in Lahore. He used to steal personal information from phones people gave him for repair jobs and then blackmailed people for money.

Many people had filed complaints against him and he was finally arrested on this Monday. FIA raided the place and got hold of his possessions including his mobile phone and laptop. The personal data of the victims was secured by FIA.

They are now investigating the case in more detail. Until now FIA has only told the media that they were able to find three “objectionable” videos on the mobile phone they seized earlier.

There have several cases resulting in FIA stepping in. Back in January, a man was arrested for blackmailing women who had made unethical videos. There was another case where a man started blackmailing the woman after she refused to marry him. 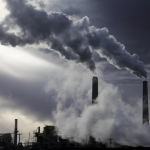