TechJuice > Technology > First Lady, Bushra Manika, is the most Googled person in Pakistan in 2018

First Lady, Bushra Manika, is the most Googled person in Pakistan in 2018 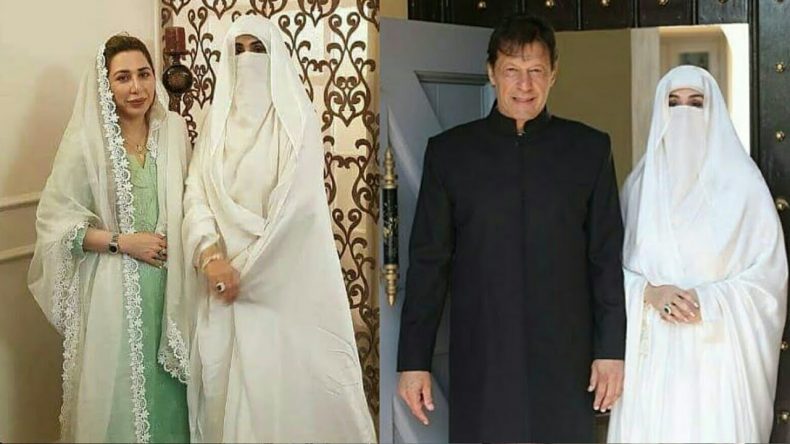 Google has just revealed its country wise search trends and the results for Pakistan are totally worth an eye roll. According to Google, First Lady Bushra Manika remained the most trending person in Pakistan for the year 2018, followed by Meghan Markle, Meesha Shafi, and Reham Khan.

These results are based on spikes in searches as compared to the last year trends. So if someones’ search trends remain the same in this year, the person would not make it to this year’s top trends’ list.

Bushra Manika remained the talk of town owing to her spiritual background and relationship with one of the most popular politician and now the Prime Minister of Pakistan, Imran Khan. After becoming the first lady, her searches on Google spiked as the whole world wanted to know who is the spiritual guide and wife of Imran Khan. Meghan Markle married Prince Harry earlier this year and the whole digital, TV and print media was obsessed with the grand wedding of the year. No surprise that people were curious about Meghan Markle and her new rank of a duchess.

Love her, hate her but you can’t ignore her. Reham Khan the ex-wife of Prime Minister Imran Khan published a book this year detailing her marriage and controversial details of the personal life of Imran Khan, some other politicians, and media personnel. The book gathered polarizing responses and it definitely makes sense that people were searching for Reham Khan.

Meesha Shafi, this year, came out publicly alleging that singer Ali Zafar harassed her. Ali Zafar countered with a legal notice but the social media went ahead with its own media trial. Some claimed Meesha as the epitome of bravery and boldness while others totally disbelieved her claims. A lot of people must have Googled her to get updates on the media and legal trial. 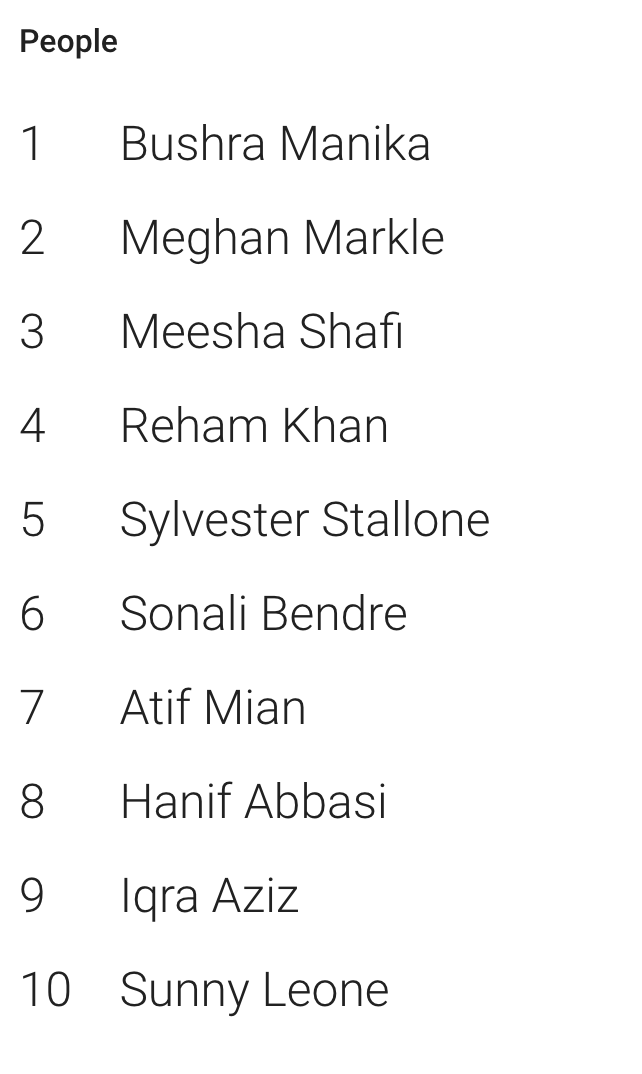 Other people included in the list are Atif Mian, an Ahmadi who was removed from Prime Minister Economic Advisory Council owing to pressure from religious forces in Pakistan, Iqra Aziz, a young emerging actress from Pakistan, and Sunny Leone.

previous
Why does a Google search of “idiot” returns pictures of Donald Trump? Sundar Pichai explains to US Congress
random
next
Mobile app wallets are finding thousands of customers in Coke Food and Music Festival
Trending Posts